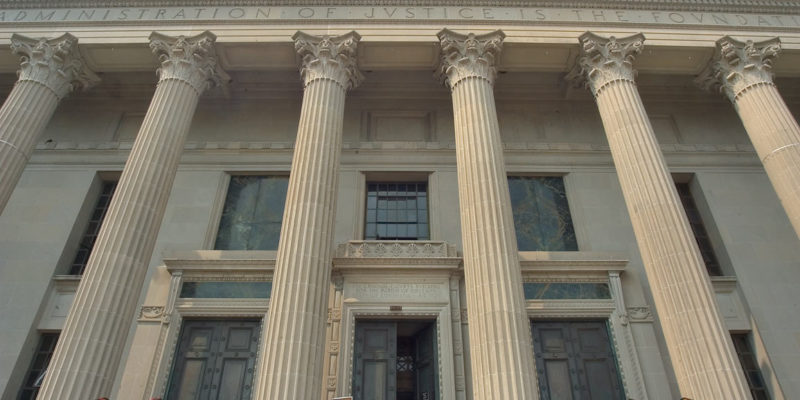 The state has a constitutional duty to provide indigent defendants an attorney.  Both the U.S. Constitution and the Louisiana Constitution guarantee this right.

What happens when the state is unable or unwilling to provide this attorney?

Last week, New Orleans Judge Arthur Hunter decided the answer is to order the release of seven criminal defendants.  He put a hold on his ruling, though, to allow the state to appeal.

This problem has been a recurring one in Louisiana for years.  Depending on whether you listen to the District Attorneys or the Public Defenders, the state is either mismanaging its public defense dollars by spending a disproportionate amount on capital defense (think death penalty cases) or the state is woefully underfunding the local public defender offices.

The bottom line is that local public defenders are hurting.  A few months ago, the Plaquemine’s Parish Public Defender closed its doors due to lack of funding and many, many more across the state have cut services and are facing closure.

Some have suggested that members of the private bar be forced to represent indigent defendants for free, which was our system years ago.  As some of the older lawyers are fond of saying about the days when the court simply appointed you to represent a defendant, “you took your turn in the barrel.”  But, the Supreme Court has knocked that idea out holding that, while an attorney should and must give a reasonable amount of time to represent the indigent, he should not be forced to pay the out-of-pocket expenses of doing so.  Since the state has no money even for that, the private lawyers are off the hook.

So the defendants are entitled to a lawyer, the state can’t afford them, and the judges can’t appoint the private bar.

What’s a judge to do?

Enter Judge Hunter, who found the thing to do would be to halt the proceedings and release the defendants:

The Louisiana Supreme Court in Citizen, cited the following court remedies when contemplating certain measures to protect the constitutional or statutory right of indigent defendants: ordering the dismissal of charges against certain defendants if the state cannot make available funds for their defense; when counsel is unavailable to represent indigent defendant[s] despite good faith efforts, such defendants may not be held more than seven (7) days and the criminal case against such defendants may not continue beyond (45) days; holding a legislative body in contempt and/or releasing unrepresented persons.

This is particularly cogent and supported by the testimony of State Public Defender James Dixon and Chief Public Defender Derwyn Bunton depicting the alarming and serious budget shortfalls and forecasts of their respective offices.

The defendants’ constitutional rights are not contingent upon budget demands, waiting lists, and the failure of the legislature to adequately fund indigent defense.

In this country, a person who cannot afford an attorney and who has not been convicted should not remain in jail without a date certain when proceedings will begin and when funding will be made available by the legislature to exercise his constitutional rights to an attorney and effective assistance of counsel.

I’m not so sure Judge Hunter’s legal reasoning will prevail, but his ruling highlights a growing problem in Louisiana.  The state has but a few duties that it MUST attend to, and one of those is providing counsel to indigent defendants.

That duty is heightened in a city such as New Orleans, where crime appears to be out of control.  It seems counter-intuitive that hiring lawyers could actually decrease the crime problem, but think of it this way: Legislature finds money and hires lawyers = defendant gets lawyer = defendant isn’t released for not having counsel.

Mark my words: if the state doesn’t fix this problem, and soon, look for the Federals to step in and provide a solution.

Interested in more news from Louisiana? We've got you covered! See More Louisiana News
Previous Article VIDEO: Did You See Rick Scott’s Revenge On That Loon Who Harassed Him At Starbucks?
Next Article Forget What You Think You Know About Larry Lindsey, The Angry Old Man From Colorado