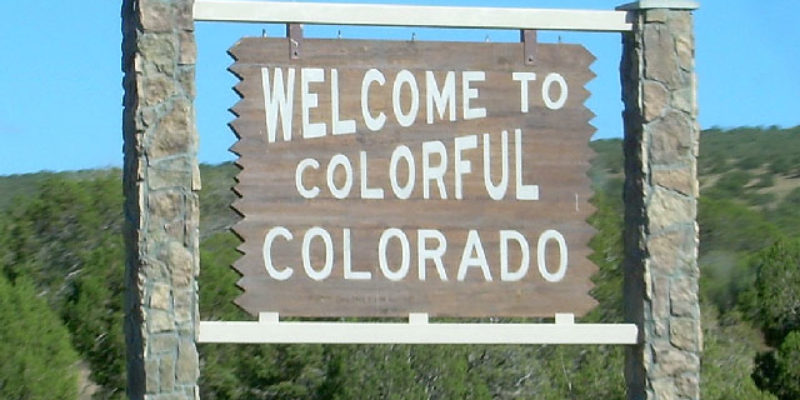 Yesterday, there was a sizable hue and cry, fueled by Donald Trump on Twitter and a host of his friendly organs in the blogosphere like Gateway Pundit, Drudge Report and the usual gaggle of Eastern European clickbaiters and pajama’ed propagandists, about the “unjust” and “crooked” Colorado delegate contest over the weekend in which Trump was shut out and Ted Cruz swept some 34 delegates to the Republican convention out of 38.

Colorado’s delegate selection process is certainly unconventional, and if you want to perhaps call it arcane you can. But crooked?

It appears the poster child for how terrible things were on Saturday is one Larry Lindsey, a gray-haired curmudgeon from Douglas County, Colorado who claims to have been denied a vote at the state delegate assembly because he supports Donald Trump. Lindsey made himself a YouTube star by cutting a number of videos about his ordeal. Here’s perhaps the most descriptive one; there is another in which he burns his Republican voter registration form which might be a little more famous by now…

Notice how he opens his speech talking about how angry he is. We covered that seemingly ubiquitous trait of the more outspoken Trumpsters in this post last week, with a special emphasis on the level of entitlement these people seem to draw from how pissed off they are.

But being pissed off doesn’t mean you’re right. In fact, most of the time the people who are pissed off got that way as a consequence of their own failings and not the injustice or crookedness of the system.

And that’s a truth which particularly applies to Larry Lindsey.

Colorado’s process worked like this: on March 1, there was a state precinct caucus. Some 65,000 people showed up at some 3,000 precinct locations to select those of their neighbors who would represent them at county and district assemblies, and at those assemblies delegates to the state convention were selected. Saturday was the state convention, or assembly, at which the state’s RNC delegates were chosen.

Which is how Colorado has run its primary contest in every presidential year for a century, with the exception of an interregnum between 1992 and 2002. To those outside the state it might seem convoluted, but there it’s a rather fun bit of political theater. Call it March Madness for people who can’t jump, if you like.

What’s different this year is the absence of the non-binding presidential straw poll Coloradans usually take part in at the caucuses. The Republican National Committee last year presented the Colorado GOP with a rule change essentially demanding the straw poll at the caucus be binding on the state’s delegates, and Colorado decided they didn’t like the idea. Why? Because four years ago Rick Santorum won Colorado, but by the time the convention came around Santorum was no longer in the race and Colorado’s delegates might as well have not even shown up, because all there was for them to do was rubber-stamp Mitt Romney’s nomination.

Better, they figured, to have the delegate selection process be unbound by a snapshot of the race taken on March 1, when Colorado was only one of more than a dozen states in a crowded race. This way, the delegates chosen in the past week are considerably more influential than they’d be if they were bound by a public vote taken without any candidates actually campaigning in Colorado.

This way, Colorado had Ted Cruz actually speaking at the state convention. And at one time, Trump was also supposed to speak, though he cancelled his appearance.

But back to Larry Lindsey. Why was he denied a vote at the state assembly? Turns out the answer is a lot less Robert Ludlum than advertised. It’s not that he was a Trump voter; it’s that he failed to show up for the local assembly. Colorado blogger Christa Huff did some checking around after Lindsey’s video tirades and smoked out what actually happened…

Larry, I looked into your delegate problem today. I spoke at length with somebody knowledgeable on this topic.

In fact, you did not check in with your District 3 Captain at any point during County Assembly, nor did you sit with the District 3 delegates. (While it is technically possible that you might have checked in at the front desk — we will have that evidence in a few days — it is clear that you never attempted to sit with the delegates from your District, because they did not know that you were in attendance.)

I learned that this “Jan Morgan” person is not a precinct person in District 3, and might not exist at all. That explains why I could not find her on the Douglas County Central Committee list.

I learned that you were not present at the point, during County Assembly, when District 3 delegates gathered to elect delegates to go to the State Assembly. I learned that everybody from District 3 who wanted to go to the State Assembly was successfully elected as a delegate; and that there were no alternates, because there was not an abundance of people interested in going.

I spoke directly with the woman who supervised that election and filled out the subsequent paperwork. You were not present. What’s more, in keeping with normal County Assembly procedures, nobody was required to announce their favorite POTUS candidate.

In addition, I asked you to give me a factual written testimony, so that I could help you get to the bottom of this problem, and hold somebody accountable. You did not do so, which tells me that you are far more interested in drama than you are interested in problem-solving.

I frankly do not believe your story.

Not only is his entire story apparently false, but by accepting a delegate position at caucus, then failing to fulfill his delegate responsibilities at the Douglas County Assembly, Larry prevented other people at his caucus from winning that coveted delegate position and fulfilling their personal goals of being voting delegates during the 2016 Presidential campaign season in Colorado.

You won’t actually see any of that at the Drudge Report. Which is unfortunate, seeing as Drudge used to be good at presenting a faster road to the truth than the mainstream media.

The people of Colorado, and particularly the Republican Party of Colorado, have been slandered by a cabal of liars and morons. Larry Lindsey turns out to have been their mascot. Rather than a “voterless” delegate selection process, Colorado staged a spectacle of political activism which gave tens of thousands of people an opportunity to engage in the process at a far higher level than most Americans could. And for their trouble they’ve been assaulted as crooks by a campaign so encrusted with incompetence that Trump’s own children neglected to register as Republicans in New York in time to vote for their father.

Trump can’t fix that incompetence. All he can do is blame a “rigged” system for its effects. He’s getting outhustled and outsmarted in delegate selection fights all across the country by Cruz, whose campaign went to school on the rules months ago, built a large army of activists and is marching that army through state after state to capture delegates wherever they might be had.

Cruz’ supporters are going to dominate the Republican National Convention in Cleveland, because they’ve outworked the rest of the Republican Party. Trump’s camp are warning that the “establishment” is stealing the nomination from him, but that whine only shows how fundamentally disconnected from the process he is. He’s not getting screwed by the establishment, he’s getting outworked by Cruz – and so is the establishment.

What’s going on here, what went on in Colorado, is that grassroots conservatives are taking over the Republican Party in these delegate fights. In Cleveland that takeover will be complete and something new will come of the GOP.

That’s the real story of this election cycle. It has been masked by Trump’s dog-and-pony show. There are lots of would-be Larry Lindseys out there, but the ones who aren’t on YouTube whining about how angry they are at their failures are doing the hard work of changing the party from the ground up.