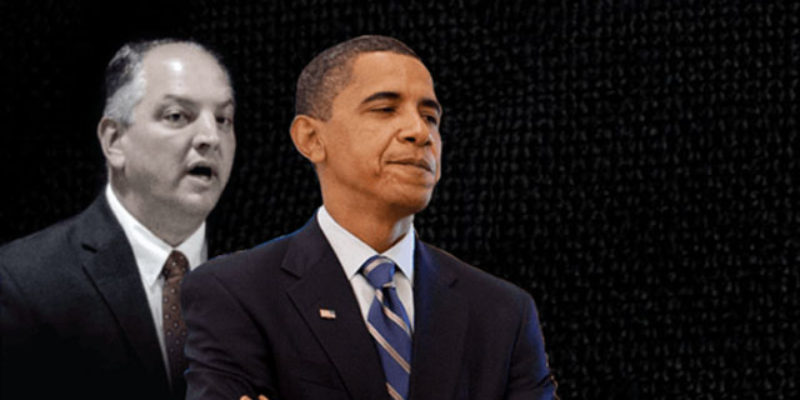 President Obama has decided it’s the “right” thing to do to allow transgender students to use the bathroom AND LOCKER ROOM of the gender with which they self-identify, threatening lawsuits and federal funding cuts for public schools who refuse to comply. Signed by officials from the departments of Education and Justice, the letter, which will go out today, warns that noncompliance constitutes sex discrimination under Title IX. Once again, Mr. Obama moves to nationalize the DOJ’s insane opinions.

The percentage of Americans suffering the phenomenon of gender dysphoria is .3 percent of the total population; nevertheless, the Obama Administration has decided “T” is not a mental health issue anymore but the new civil rights issue of our time.

Oddly (if that is possible!), Obama’s edict contradicts even the transgender movement, which defines gender and sex separately. That’s the only way the pseudo-science exonerates action, from being considered mental illness. The Obama Administration is justifying its actions by interpreting the protected class of “sex” as including sexual orientation, gender identity, and gender expression under the umbrella of U.S. Civil Rights provisions.

In Louisiana, we understand the insanity of all of this as well as the potential impact on 700,000+ children in Louisiana public schools. Governor John Bel Edwards’ recent executive order enforces Obama’s doctrine on Louisiana. Attach hate crimes to this (dis)order and you have fodder for a very litigious future. Not to mention the damage caused to innocent children in the implementation of Obama’s Doctrine.

We know the logical outcome of this is a chaotic social experiment that President Obama and Governor Edwards are conducting: it will end poorly. As one friend frequently says, “[W]hat rights will Children have to give up in order to accommodate these new rights being afforded to self identified ‘transgender’ individuals?”

Christians, speak now or forever hold your peace, or as said by the late George Orwell, “Big Brother is watching You.”

For a Biblical perspective on this: But from the beginning of the creation God made them male and female. Jesus Christ (Mark 10:6)

Please join LFF in petitioning our Governor and our Attorney General to protect the safety of our children. Men and boys have no place in bathrooms and locker rooms reserved for women.

By means of this petition we are encouraging:

Interested in more news from Louisiana? We've got you covered! See More Louisiana News
Previous Article CROUERE: Meet The New Media…Same As The Old Media
Next Article HITHER AND YON: What’s The Deal With Clay Higgins?