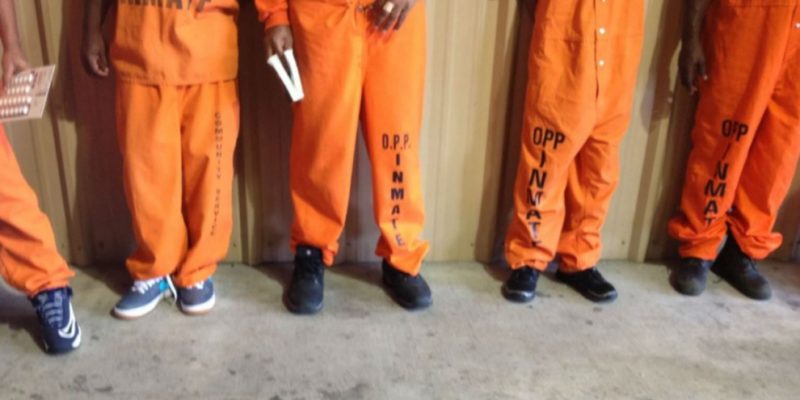 To say that New Orleans’ prison is violent would be an understatement.

Due to the overwhelming violence at the the city’s prison, Orleans Parish Sheriff Marlin Gusman has decided to ship about 600 inmates to a facility outside of the area, according to an Associated Press report.

The move comes after the US Department of Justice (DOJ) asked a federal judge to remove Gusman‘s authority over the jail, citing that he had not adequately reduced conditions and violence between inmates at the prison. The Justice Dept has actually asked that a third party be in charge of the jail.

So which Louisiana parish is getting the 600 inmates?

A jail in Northeast Louisiana within East Carroll Parish has already taken a bulk of the inmates that Gusman is sending there.

Because of Gusman’s ongoing feud with New Orleans Mayor Mitch Landrieu, the sheriff has taken measures within recent months ahead of the DOJ request to reduce the population of the prison.

The transfer of inmates to East Carroll Parish will be fully finished by the end of next week and will reduce the prison’s population from more than 1,100 inmates to just 530 inmates.

Interested in more news from Louisiana? We've got you covered! See More Louisiana News
Previous Article NOLA.com Suggests Edwards’ Next Tax Move Will Be To Eat The Rich
Next Article New Orleans Residents To Celebrate ‘Sinkhole De Mayo’ This Year – Here’s What Is Going Down