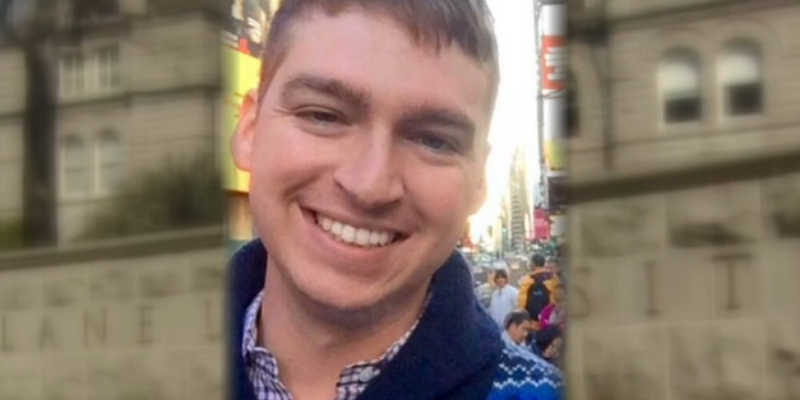 Updated: New Orleans Police Department (NOPD) officials say the victim had defense marks on his hands and his wallet was stolen, leading them to believe the motive of his death was robbery, according to a NOLA.com report.

A New Orleans tourist and former Tulane University graduate was in New Orleans last week looking for a wedding venue for he and his fiancée when he was found robbed of his belongings and shot to death in the city.

Thomas Rolfes graduated from Tulane University in 2011 and had arrived in New Orleans on Friday of last week to look for wedding venues for he and his fiancee, according to a WWL-TV report.

But, like far too many tourists in the city, Rolfes became the target of a murderous violent crime.

When Rolfes left with some college buddies, while his fiancée headed for their hotel, he was last seen by friends at the Ms. Mae’s bar on Magazine Street.

Later that night on surveillance footage, Rolfes was seen buying items from a gas station on South Claiborne around 3:30 am.

Then, police found Rolfes’ body just a few blocks away from that gas station, where he was robbed of his property and shot to death. His cell-phone was on him, but it was dead, and his wallet was gone.

Rolfes’ fiancee said he did not have a car, so does not understand how he got from the bar to the gas station. Police are investigating the horrific murder and friends and family are asking anyone with information to come forward.

The high-profile murder of a tourist in New Orleans comes after Josh Woodruff, another tourist in the city, was dragged six miles to his death on New Years Eve night last year in the city.

Interested in more national news? We've got you covered! See More National News
Previous Article Oh, By The Way: Here Comes A Fun Surprise For LSU Season Ticket Holders At The End Of The Month…
Next Article The Legislature And DAs Want To Let Police Scan Every Vehicle’s License Plate While You Drive