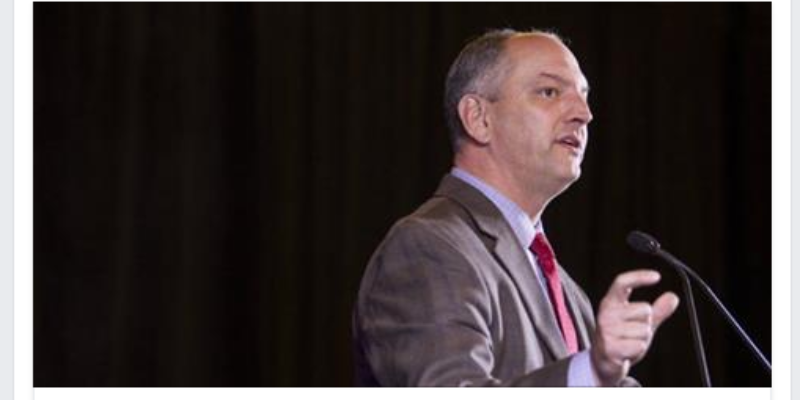 That’s not exactly what the Times Picayune/NOLA.com posted on their Facebook page today, but it might as well have been.

Yesterday, a state House representative added a purposefully ridiculous ‘poison pill’ amendment, designed to kill legislation, that would have capped the limit of strippers’ weight onto legislation that would have increased the age requirement to be a stripper.

The legislation became such a joke that House members were laughing and hooting while the amendment and legislation was being discussed.

Of course, that gave the Times Picayune a perfect opportunity to cry ‘Sexism!’ on all the male House members, attempting to tie it to “equal pay” legislation that failed miserably today in the House.

The narrative? All men in the state House are pigs who want to keep women down. 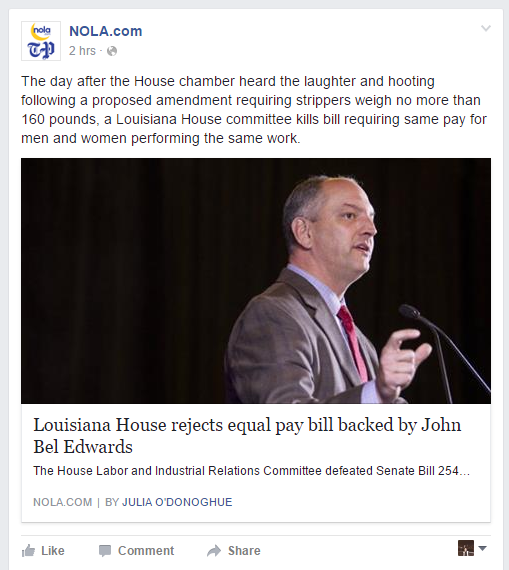 This isn’t the first time that NOLA.com has pushed gender politics like the mythical “gender wage gap,” which no serious economist takes seriously and which has been debunked by dissident feminists since the 1970’s.

Back last year, the Times Picayune ran a glossy story about how a store in New Orleans would start charging men more because of the alleged “gender wage gap.”

But there’s a little problem, the gender pay gap is a myth that has been perpetuated by journalists and the Gloria Steinem-wing of feminism and now third-wave feminists.