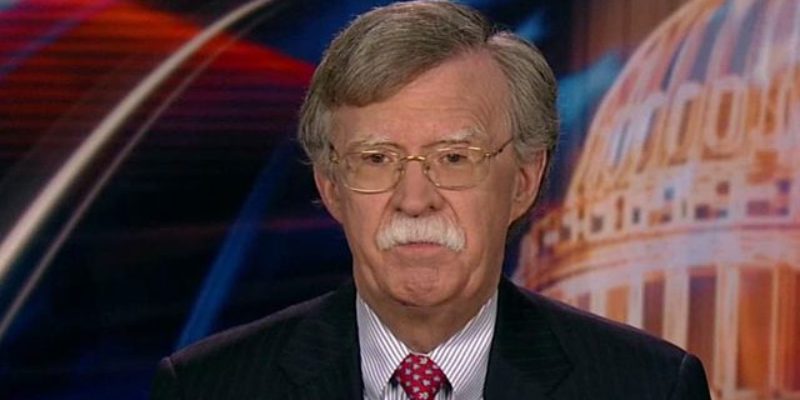 Monday was probably not the best day to roll out this endorsement, but it’s still a big get for Grover Rees. Rees, who is a former U.S. Ambassador, received an endorsement from John Bolton. He is running in the 3rd Congressional District in the race to replace Charles Boustany, who is running for U.S. Senate.

If this race becomes about foreign policy and terrorism, it would help Rees establish some gravitas.

Ambassador John Bolton, who served as United States Permanent Representative to the United Nations, announced today that he is endorsing Grover Joseph Rees for Congress.

Rees, who also served as a United States Ambassador, is one of eight announced candidates for the open Congressional seat in southwest Louisiana’s Third District.

Bolton, who is currently a regular commentator for Fox News and a leading critic of the Obama Administration’s foreign policy, said Rees “understands that we need a strong and principled foreign policy. I am confident that as a congressman, Ambassador Rees will work with our allies and insist on dramatic changes in our dealings with the governments of China, Russia, Cuba, North Korea, and Iran, which is why I fully endorse his candidacy.”

Rees reacted to the endorsement by stating that “John Bolton is an American hero.  He understands that the world is a dangerous place and that it will become more perilous until United States foreign policy gets a lot stronger and a lot smarter. I am proud to have worked with him and to be his friend, and I am honored by his endorsement.”

Bolton is just the latest in conservative movement leaders to back Rees. Leadership Institute founder and president Morton Blackwell, who is also a LSU grad, donated to Rees last quarter. Rees has to definitely be considered the “movement conservative” in the race to replace Charles Boustany in Congress.

While Rees has the most Federal experience of any of the candidates in running in the 3rd Congressional District, he has struggled to gain traction in the race. Much of the reason is because the race is increasingly dominated by two personalities, Scott Angelle and Clay Higgins. Rees, along with the other candidates, need to find a way to gain attention to themselves if they don’t want Angelle and Higgins to steal all of the daylight.

Interested in more national news? We've got you covered! See More National News
Previous Article These Are The Two Louisiana Natives Inside Night Club During Orlando Terrorist Attack, Only One Has Survived
Next Article HOLTON: Why All The Jihadi Attacks? Why Now?