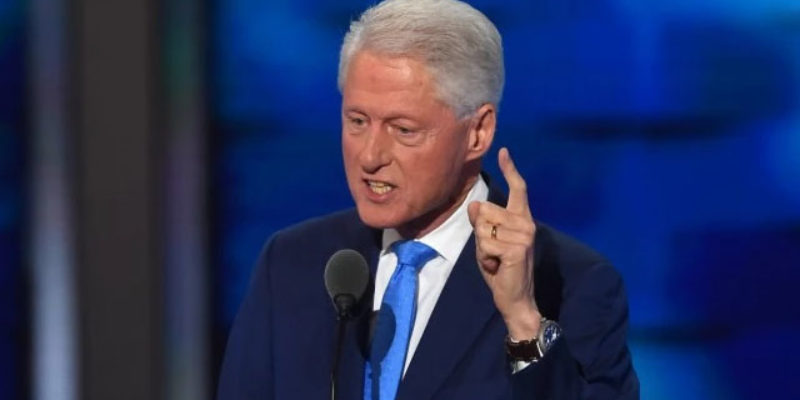 …because I didn’t see a whole lot worthy of analysis in it.

Clinton took the stage to deliver some sort of introduction to his wife, somebody who’s been heavily exposed to the American electorate since 1992. Did he tell us anything we don’t already know? Not really. He attempted to give a story of a romance between himself and Hillary Clinton, but it’s hard to say it was overly effective given that at least three-quarters of it was a political biography that sounded like he was reading it off LinkedIn.

At this point Bill Clinton is not going to humanize his wife with a curriculum vitae about how big a leftist activist she’s been since law school. He might have succeeded in shaming the Bernie Sanders crowd into recognizing that she’s a lot more effective leftist than their man ever dreamed of being, but that involves a number of things which aren’t true about Sanders’ supporters.

Clinton might have told them about Hillary’s connection with Saul Alinsky and how it was Alinsky who turned her from the Republican her father tried to raise into a leftist nut. But that wasn’t in the speech largely because your average Bernie supporter doesn’t even know who Saul Alinsky was. The fact that Hillary insinuated herself within the system in an effort to turn it to the left doesn’t do a lot for the Bernie people, mostly because very few of them are capable of pouring coffee at Starbucks without getting fired. And besides, it wouldn’t help Hillary with independents if folks knew she got into politics because the communists got hold of her.

This was a speech about what a lefty his wife is. It was a political speech, and it wasn’t all that effective. What he did was to gloss over all the well-known negative and scandalous things his wife has been involved in, rather than make an effort to explain or dispel them. The buzz from this speech will be all about the things Bill left out.

Democrats will tell you how great this was. Whether anybody else in the country is impressed is worth questioning. This was not the speech Bill gave on Barack Obama’s behalf in 2012, and it was to support his wife. What does that tell you?