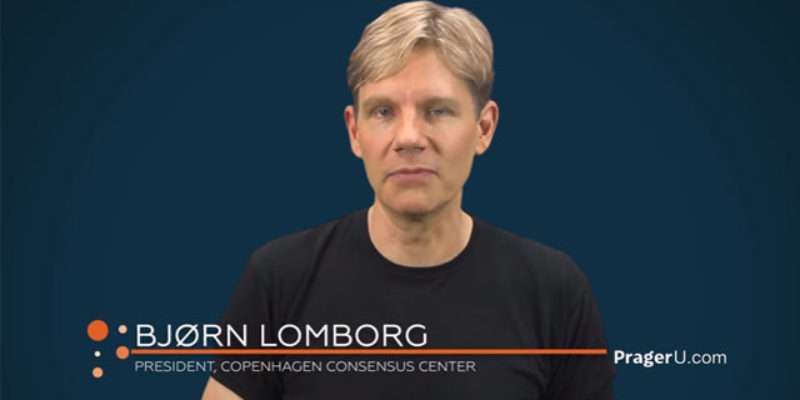 Are droughts, hurricanes, floods and other natural disasters getting stronger and more frequent? Are carbon dioxide emissions, global temperatures and sea levels putting us on a path for climate catastrophe? Bjorn Lomborg, Director of the Copenhagen Consensus Center, breaks down the facts about the environment and shows why the reality of climate change may be very different from what you hear in the media.

The thing to understand about Lomborg is that he actually believes in the theory that the planet is warming and is at least agnostic about the argument that the warming is anthropogenic – two contentions that are unproven at best. But Lomborg is worth listening to because unlike the leftist political activists posing as scientists to push a raft of utopian policy schemes upon the people of the developed world Lomborg insists on recognizing the positives inherent in a warmer planet with more carbon dioxide in its atmosphere (more clouds and more rain, fewer people dying of hypothermia, a greener planet, etc.) and focusing on projects and actions which would mitigate the potential negatives.