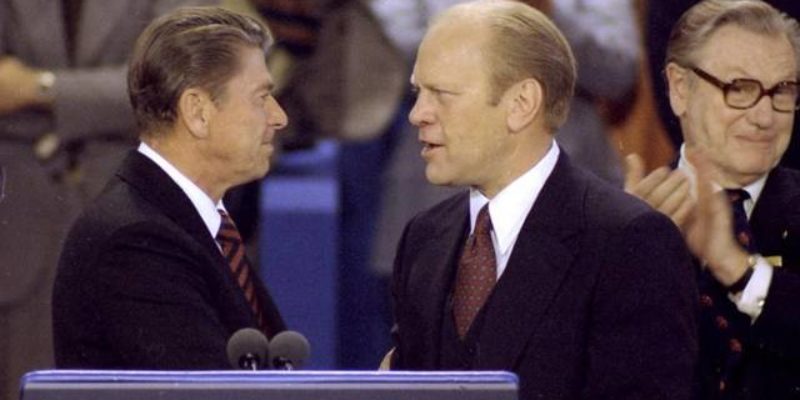 That’s the general narrative, but upon further review it’s not actually true.

There is no endorsement of Ford in that speech. What there is in the speech is thanks to the then-President for giving him the stage, then an enthusiastic endorsement of the 1976 GOP platform. And then following that, he said this…

“We must go forth from here united, determined that what a great general said a few years ago is true: There is no substitute for victory, Mr. President.”

That’s endorse-y, right? Well, what about this?

We deserve leaders who stand for principle, who unite us all behind shared values, who cast aside anger for love. That is the standard we should expect from everybody. And, to those listening, please don’t stay home in November.

If you love our country, and love our children as much as you do, stand, and speak, and vote your conscience, vote for candidates up and down the ticket who you trust to defend our freedom, and to be faithful to the constitution.

It’s a bit hard to make the case that Reagan endorsed Ford but Cruz didn’t endorse Trump. The major difference between the two speeches is the reaction to them by the audience in the hall.