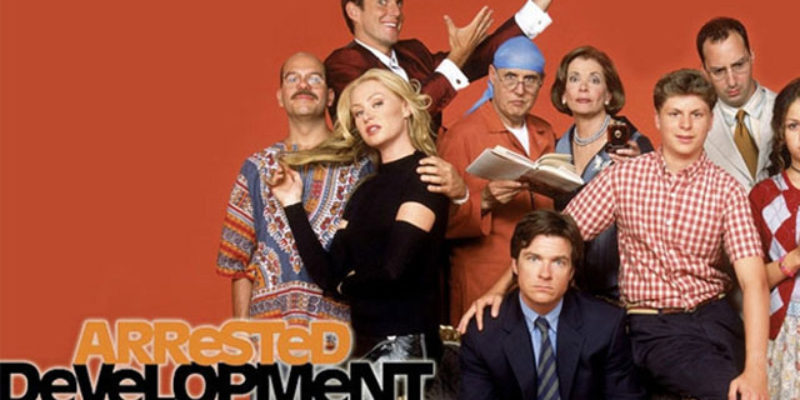 Well those legs are pretty much smashed now and we’re stuck with just stool.

Instead of having a party supported by three strong pillars the Trump candidacy has exposed us for what we really are: a family, and to the disappointment of my fellow Republicans, we’re not the Corleones (those are the Democrats).

Hell, we’re not even the Ewings. At least they were feared and successful.

No, the fictional family that best describes the GOP are the Bluths from the greatly lamented television show Arrested Development.

The Bluths are one of the most hilariously dysfunctional families ever portrayed on network television.

And while each member of the Bluths share these traits, they all have unique flaws and idiosyncrasies that distinguish them from the other. They hate and plot against each other, with their schemes usually backfiring in spectacular fashion.

When looking at the dominant personalities of the Republican Party and the primary factions engaged in this fratricidal scrum, it’s not hard to assign the personalities and groups with characters from the Bluth family.

George Bluth/Donald J. Trump: This one’s a natural fit.  They’re both contractors.  They’re both controversial.  They’re both egomaniacs. As nominee (through November 8th), The Donald is the patriarch and the root of much of the acrimony but hardly the only source.  It’d be great if he set up a banana stand next to the golden escalator in Trump Tower.

Oscar Bluth/Mike Pence: The twin brother of George, Oscar is his mirror opposite though he often catches much of the flack aimed at his sibling because he is often in the wrong place at the wrong time.  What did the governor of Indiana sign up for?

Lucille Bluth/Jeb Bush and the #NeverTrump GOP Establishment: A self-centered, sanctimonious, domineering snob who is devoid of people skills and empathy.  She absolutely despises her husband and works against him in order to take control of the family, but is often frustrated by her own bumbling.  I could totally see Jeb doing the taunting chicken strut and cluck on election night.

GOB Bluth/Paul Manafort and the rest of the Consultirati: GOB is an enterprising schemer who bullies his siblings and fancies himself as an illusionist (whores do tricks). GOB is also hyper vain.  Manafort has managed to construct the illusion that the Trump operation is fine, but his mirrors are cracked and he’s running out of blue smoke.  His brother political illusionists, Mike Murphy and Rick Willey already sawed their clients in half, but that ended up being a homicide and not a stage show.

Tobias Funke/Scottie Nell Hughes, Katrina Pierson, and the Trump Train:  Dr. Tobias Funke is an insufferable know it all who often offers unsolicited poor advice and counsel that comes off embarrassingly awkward and inappropriate.  Funke seems to live outside of the confines of reality.  He is the least liked member of the family, held in contempt by his wife and disrespected by his daughter.  Nobody takes any of the aforementioned seriously.  All that is missing are a pair of blue jeans cutoffs.

Lindsay Bluth Funke/Erick Erickson and the Less Moneyed #NeverTrump crowd: On the show, Tobias and Lindsay are married, just as you’d think the grassroots Trump activists would be joined at the hip with the Erick Erickson-types and National Review writers.  But despite their apparent similarities there is no love between them.  Though level-headed in many ways, Lindsay is petty and savors the defeats and humiliations of others in lieu of actually accomplishing anything herself.  Erickson had established himself as a prominent conservative figure through his commentary and his Red State Gathering.  Last year Erickson decided to redefine himself as the face of #NeverTrump and declared jihad on the candidate.  Erickson’s constant sniping has hurt him more with conservatives than anything else.  Erickson and “nanosecond presidential candidate” David French haven’t inflicted 1% of the damage The Donald has inflicted on himself.  They’re getting the “Told You So” Tour ready.

Buster Bluth/Party Leaders: The indecisive, neurotic youngest son of George and Lucille, Buster has zero self-esteem and is regularly pushed around by others. Do they buck Trump or fall into line, backing him no matter what he says or does?  The fetal position is not just for fetuses.

Michael Bluth/The #NeverHillary Crowd:  Michael is what passes for the moral center of the show, though has many of the same flaws the rest of the family, but not to the same extreme.  We like to think we’re smarter and better, but are constantly getting played by everyone else.  We want to like “dad”.  We really want to.  And sometimes we’ll even trust him to do the right thing only to experience the inevitable disappointment and disgust when he returns to true form.  Stuck in the family because there is no other place to go.

George Michael Bluth/Altruistic Center-Right Voters: The well-intentioned yet naïve son of Michael Bluth.  Easily impressionable Deeply hurt by the whole situation and doesn’t really want to associate with the family. Been doing a lot of reading up on Gary Johnson and Bill Weld.

Maeby Bluth/The RNC and the Super PACs: On the show Maeby regularly conned people into giving her money for a bogus cause.  Yeah.

That’s the GOP.  One big unhappy family of self-interested schemers residing in a poorly constructed spec house, until, just like the Bluths, we get unceremoniously cancelled by the viewing audience.