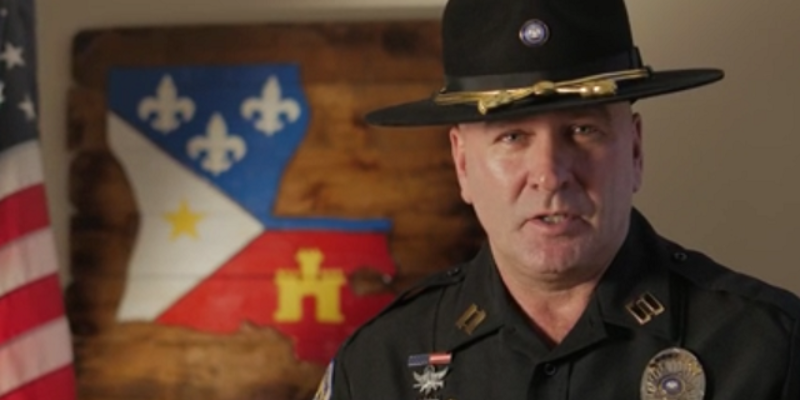 To say this was not helpful is an understatement. Clay Higgins posted on his Facebook page about State Sen. Jonathan Perry’s (R-Kaplan) plan to require the “Cajun Navy” take training and certification before they go out and rescue people. 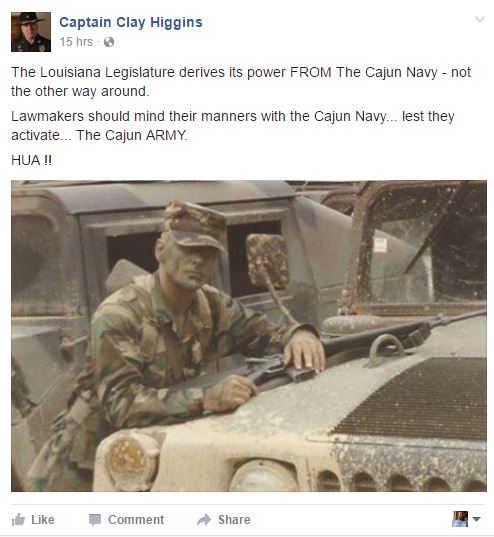 Oppose Perry’s proposal? Absolutely. Posting about natural rights and pointing out that our rights come from God, not the legislature? 100% all for that.

However, most decent people should draw the line at making veiled death threats against a legislator. There is nothing Jonathan Perry is proposing that is worth killing anyone over.

One of the great things about this country is that we settle political disputes at the ballot box, instead of resorting to the cartridge box. That is what makes America great compared to so many countries around the world. It is highly irresponsible for someone running for Congress, especially on their reputation as a law enforcement officer, to make this kind of a threat.

Higgins and his supporters will probably try and claim they were talking about political action instead of making a death threat. But the post speaks for itself.

Of course, this isn’t the first time that Clay Higgins has allegedly had problems keeping his temper under control. He was accused of threatening his first wife according to court documents unearthed by The Advocate.

Higgins’s Facebook post this morning is truly unfortunate. There is no reason for a candidate for Congress to make veiled death threats against a state legislator, no matter what they are proposing.

It is just another reason to not take Clay Higgins seriously as a political candidate.