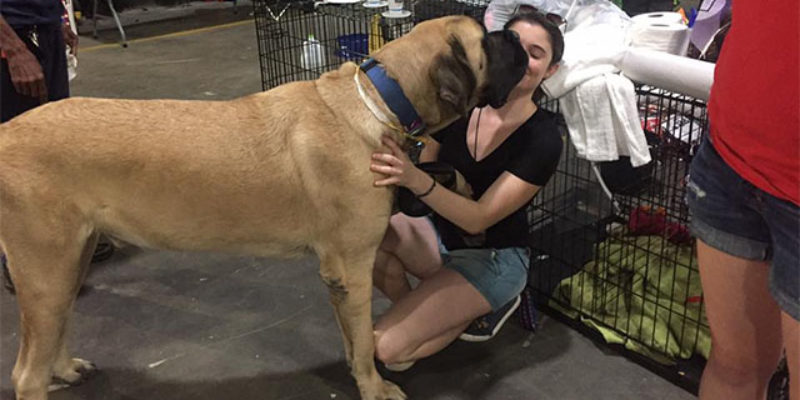 Tuesday night, when Brian Haldane and I had Celtic Media director of studio operations Patrick Mulhearn on for this week’s edition of the Red Bayou Show, Patrick talked about some of the dogs brought by flood victims and Stage 4, the building which was set up as a pet-friendly refuge.

We talked about how Stage 4 had to be the most fun of the building used as a shelter, and how for people who’ve lost everything having a friendly dog around – whether it’s yours or even somebody else’s – could be a big asset in decompressing and not being totally freaked out about the difficulties behind and ahead.

Well, from Patrick’s Facebook page comes this – which is fairly momentous news…

Today, the last of our guests, a few dozen evacuee pets and their humans, will be checking out of Hotel Celtic. I am going to miss the Stage 4 Welcome Wagon, the “Duke” of Celtic, most of all.

Duke is only about a year old…meaning he hasn’t even filled out completely. He was such a gentle giant. I understand a local vet volunteered to keep him for a few days until his human gets squared away with housing.

Lesson to be learned: Having pet-friendly shelters in place is a MUST for any disaster. I lost my 14.5 year old lab earlier this summer, and I know I would have probably drowned before I left him. If people know in advance they can bring their pets, they are so much more likely to get out of harm’s way quicker.

If you have a pet-friendly space in your area that can serve as a shelter for people and pets when the chips are down, make sure your state and local officials know about it in advance. 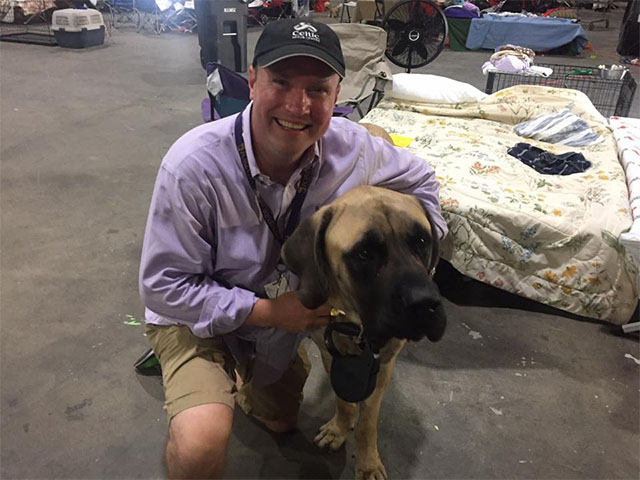 Celtic Media’s amazing story of community, voluntarism and love – it would not be inaccurate to say that the facility served as Baton Rouge’s principal channel for the Holy Spirit during the worst of the flood – is one which won’t likely be forgotten now that the studio’s days as a refuge for the flood victims are finally over. We were joking through the podcast that it’s inevitable Celtic will serve as the set for a movie about Celtic and the flood, and wondering who’s going to play Patrick.

But if and when it happens, we’re going to guess that Duke gets a part. 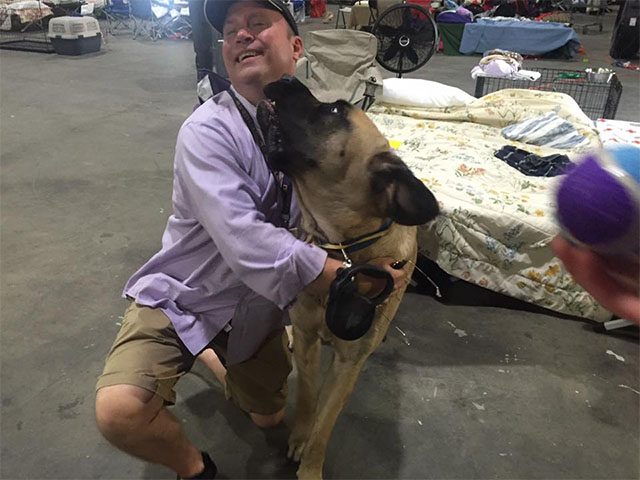 Interested in more news from Louisiana? We've got you covered! See More Louisiana News
Previous Article Clay Higgins Threatens To Send The ‘Cajun Army’ After Jonathan Perry
Next Article The Latest Stupid Political Controversy Now Will Be Over Those Votes Against Sandy Relief…