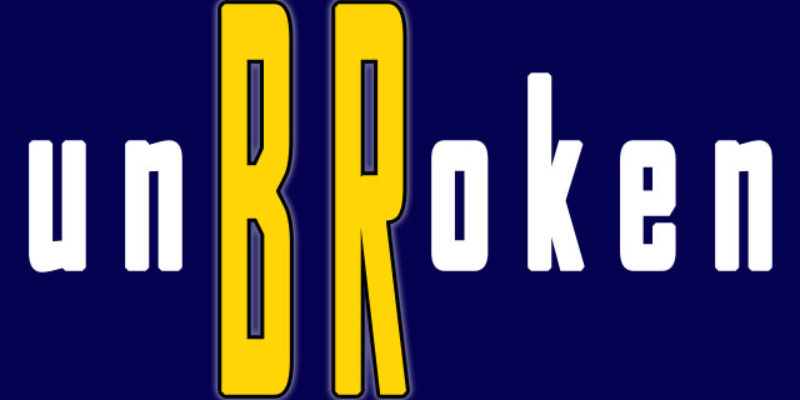 I had a column for the American Spectator go up last night about the flooding in South Louisiana and the New York-based media largely ignoring the suffering of our people; it seems they’re more interested in the race riots sparked in Milwaukee when a white cop who turned out to be black shot an unarmed black criminal who turned out not only to be armed but pointing a (stolen) gun at that cop.

If ever there was a non-story it’s Milwaukee. The career criminal the cop shot was likely going to be dead in a matter of months or years anyway, as it’s gang-bangers like him who comprise the vast majority of both the perpetrators and victims of black-on-black crime in this country, so his death at the hands of a cop defending himself is little more of a story than if he’d assumed room temperature the usual way. And the fact that the race-baiting lobby for street criminals Black Lives Matter group would dredge the bottom to start riots over Syville Smith merely shows they’re not about justice but revolution; any government worth having would be putting this operation out of business.

None of which is news by now, though the media can’t stop trying to find Fergusons everywhere.

And if ever there was a monster news story it’s here. What happened to Baton Rouge, Lafayette and parts in between and outlying was a true Act of God, complete with Biblical levels of rainfall creating circumstances no one could have avoid – and despite the fact so many of our people have lost everything, the human triumph in display by the rescues of the Cajun Navy, the refuges provided by area churches and Celtic Media, the outpouring of kindness and generosity from those volunteering with the relief effort and so forth, none of it particularly prompted or even organized by government, is the stuff not just of good news storytelling – it’s the stuff of Hollywood storytelling.

So naturally that story has been undercovered.

At the end of the day it’s not a surprise. The current state of the American media, including the entertainment networks which pose as TV news organizations, requires every story to fall into one of relatively few buckets. To sell to the suits, a story has to be about global warming, an example of criminal malfeasance by government or private industry, or involve black vs. white, rich vs. poor, gay vs. straight, old vs. young or some other narrative being sold by the social justice cottage industry.

Milwaukee has enough of those elements. Baton Rouge doesn’t.

In the Louisiana flooding there is no black and white or rich and poor. There is only dry and wet. Among the 105,000 people in Livingston Parish who lost everything, there are poor black folks in trailers, and there are rich whites in the tony golf community of Greystone, with its million-dollar houses along a David Toms-designed course. All suffer equally. And there are stories of black people in boats rescuing white people in flooded houses, and vice versa. All of a sudden nobody cares about race in Louisiana. Nobody cares about lesbians, or the transgendered, or the politically incorrect. No one cares about Hillary Clinton or Donald Trump. Nobody cares whether Adele can dance, or whether there is an Olympic fencer who wears a hijab and trashes the country before losing a match.

And while it’s noted that neither Anderson Cooper, Shepard Smith, Lester Holt nor any of the other princelings of TV news have made their way to view Louisiana’s agony, no one really cares whether they come. The poisonous and divisive media coverage of Katrina a decade ago, and the worsening commoditization of news into a vehicle for demoralizing and delegitimizing Americans in flyover territory since then, has made the elites of New York and Washington toxic to the people in these parts.

That’s a change from Katrina. Back then Louisiana begged and pleaded to have its story told, and the nation’s help given. But after suffering through the insults of pederast House Speaker Denny Hastert questioning whether to rebuild New Orleans, and the thorough incompetence and waste of FEMA, and the shameless use of Katrina for political purposes, the general sentiment is that this state will largely take care of itself.

Thanks to the rain, hundreds of thousands of people have nothing. But they have each other. They have their community. And that, for now, is enough. Shepard Smith can go hang.

And no sooner was the American Spectator piece published, but this bit of jackassery made its way into the pages of the New York Times…

Climate change is never going to announce itself by name. But this is what we should expect it to look like.

That’s what many scientists, analysts and activists are saying after heavy rains in southern Louisiana have killed at least 11 people and forced tens of thousands of residents from their homes, in the latest in a series of extreme floods that have occurred in the United States over the last two years.

That increase in heavy rainfall and the resultant flooding “is consistent with what we expect to see in the future if you look at climate models,” said David Easterling, a director at the National Centers for Environmental Information, which is operated by the National Oceanic and Atmospheric Administration. “Not just in the U.S. but in many other parts of the world as well.”

The flooding in Louisiana is the eighth event since May of last year in which the amount of rainfall in an area in a specified window of time matches or exceeds the NOAA predictions for an amount of precipitation that will occur once every five hundred years, or has a 0.2 percent chance of occurring in any given year.

Louisiana joins five other states, most of them in the South, that have experienced deadly flooding in the last 15 months, including Oklahoma,Texas, South Carolina and West Virginia.

In the last three months alone, floods in Maryland, West Virginia and Louisiana have combined to kill dozens of people and damage tens of thousands of homes and vehicles.

The National Weather Service reports that parts of Louisiana have received as much as 31 inches of rain in the last week, a number Dr. Easterling called “pretty staggering,” and one that exceeds an amount of precipitation that his center predicts will occur once every thousand years in the area.

Dr. Easterling said that those sorts of estimates were predicated on the idea that the climate was stable, a principle that has become outdated.

In other words the New York Times, who couldn’t give a damn about the people of Louisiana enough to bother with actually reporting on what’s happened here, now proceeds to exploit us to push its global warming narrative. It finds “climate activists” to say last weekend’s rains are what they were predicting all along, which is a lie – what they were predicting was that sea levels would rise 20 feet and flood us with water from the ocean. And it trots out scientists who say this was a 500-, or even 1,000-year rain event based on their models and that means the climate is changing…when what’s a whole lot more likely, given that the climate is always changing, is their models were crap all along.

This is why it’s probably better not to have the national media down here. The national media is not our friend, and it won’t tell our story. It will tell its own story, and it will use us as props. It will make us stooges for the global warming narrative, or it will set black off against white, or rich against poor. It will reduce us to something less than we are.

As awful as the events of the past several days have been, those events have taught us we are better people than we see on Fox News or CNN. We can see the Cajun Navy with our own eyes, and that’s a picture a lot more real than the garbage on cable news and in the New York Times.

Shepard Smith really can go hang. And the Times can stick its climate change where the sun doesn’t shine.

Interested in more news from Louisiana? We've got you covered! See More Louisiana News
Previous Article So Here’s Somethin’ To Lighten Things Up A Little – ULL’s Football Team Is To Blame!
Next Article This Is How You Can Help Teachers And Students Affected By Flooding