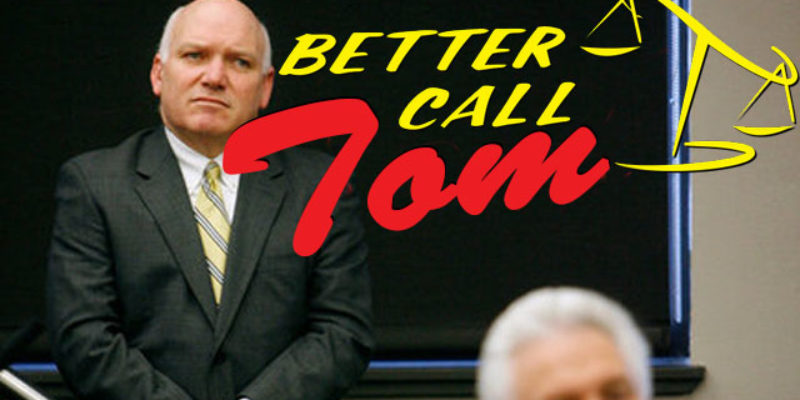 If you remember the Aaron Broussard scandal in Jefferson Parish, one element of it that showed just how petty the self-dealing and chiseling was where it came to that individual’s time in office.

Broussard had his wife, who goes by Karen Parker, put on the parish payroll as the supervisor of all the paralegals in the parish attorney’s office. The supervision of paralegals would seem to be something you’d want an attorney to do, and Parker wasn’t an attorney – so she wasn’t particularly qualified for the job. But that didn’t matter much since she basically never bothered to show up for work anyway and nobody missed her – at least not until someone complained and she was transferred to a different job supposedly making ID badges for the parish employees.

She didn’t bother to show up for that job, either, though she did collect a paycheck for it. In fact, she collected a paycheck for the higher-paying first job she wasn’t qualified for, which means what she does qualify for is the Goldbricking Hall of Fame.

And at the time the parish attorney was Tim Wilkinson, who essentially served as Broussard’s consigliere and was in on the parish president’s scam of the taxpayers in that parish.

When the fit hit the shan and everybody got prosecuted, Wilkinson managed to stay out of federal prison. But what he did get was his law license pulled, and he, Broussard and two other defendants were jointly liable for some $214,000 in restitution for the payroll fraud surrounding Parker’s bogus jobs.

Note we said Wilkinson’s law license was pulled. We didn’t say he got disbarred, which is what you would figure might happen to a government lawyer who participates in government corruption. You would figure that, but in Louisiana we know that’s not how things work; after all, Larry Bankston could take bribes as a state senator and spend 41 months in federal prison, and a few years after he got out he was not only practicing law again but billing $175 an hour as the attorney for the auctioneers’ board and the Amite River Basin Commission. Getting caught as a crooked pol in Louisiana doesn’t even stop you from getting government work.

Which is a long way of saying that earlier this week Wilkinson got his law license back, so he’s available to act as Jefferson Parish’s version of Saul Goodman for whichever crooks need a consigliere for facilitating nefarious deeds. He hasn’t even made good on that restitution yet – but if he doesn’t, the state Supreme Court says that they’ll By-God bust him out permanently…

Louisiana’s Supreme Court ordered Wilkinson’s reinstatement, subject to a two-year period of supervised probation, according to court documents obtained Tuesday (Sept. 6). The ruling comes after his attorney asked the court to reduce Wilkinson’s monthly restitution payments to $100 in January. Wilkinson resigned as parish attorney in 2010, two years before he pleaded guilty to conspiracy to commit misprision of a felony. The aforementioned felony charge means knowing about a felony and failing to report it.

He was temporarily suspended in October 2012, and the court later extended Wilkinson’s suspension to three years. The court ordered Wilkinson, Broussard and two other defendants to pay $214,210 in restitution in February 2013. The court said in September that Wilkinson “satisfied the necessary requirements to be reinstated” to practice law.

With $60,000 still due and his license reinstated, the court ruled that Wilkinson must pay the government $500 per month until the restitution is paid in full.

He’ll get that 60 grand paid off. Honest. Just make sure you call him if you need something taken care of in Jefferson. He knows a guy who knows a guy.

Interested in more news from Louisiana? We've got you covered! See More Louisiana News
Previous Article The Fallout From The I-10 Bus Crash Continues, As There Are More Criminal Illegal Aliens Surfacing
Next Article The Return of Trooper-Gate: Have We Found the Money Man?