Activists protesting the shooting death of Alton Sterling held a march today in Baton Rouge where they threatened an economic boycott of the city. They say they will not spend money, work, or send kids to school in the city of Baton Rouge unless the Department of Justice decides to charge the police officers who shot Alton Sterling with murder. 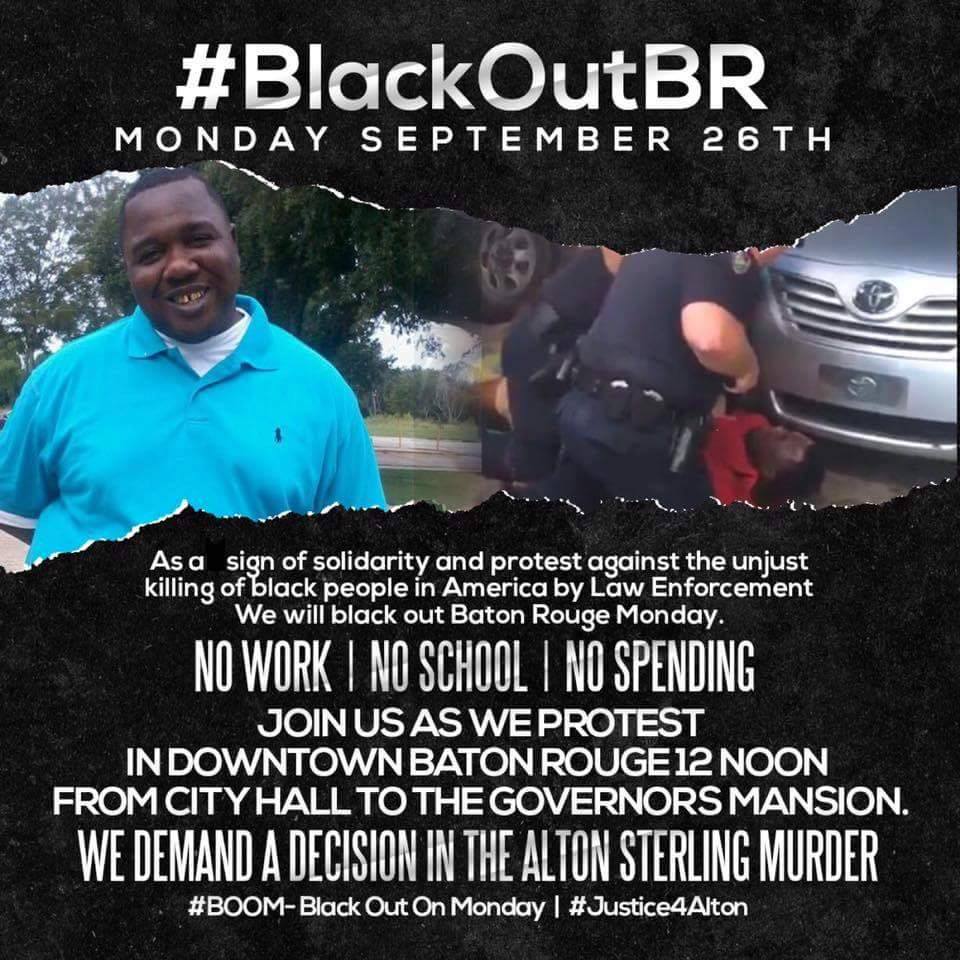 Here is the entire list of demands from these people. 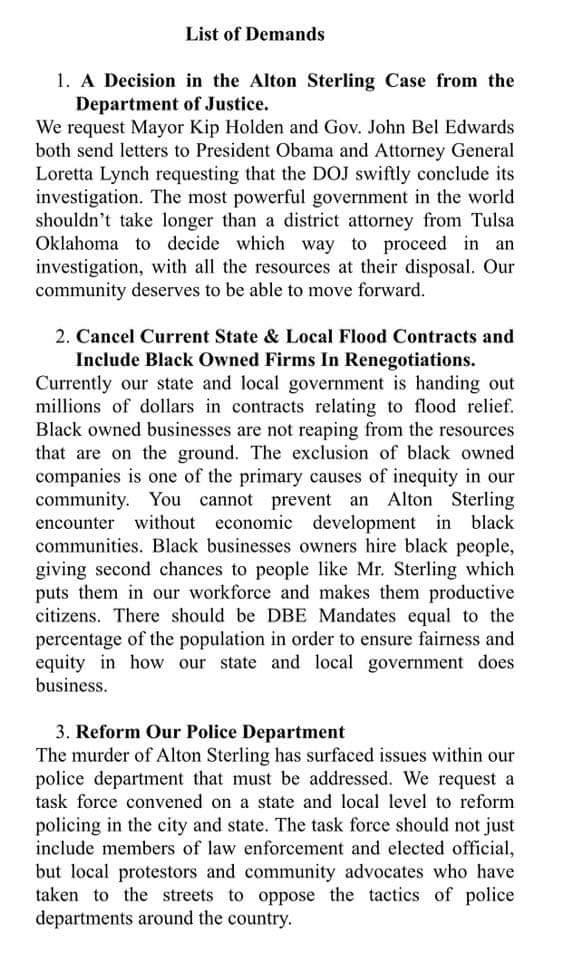 Basically, they want the cops charged quickly, regardless of what the evidence against them is. They also want racial quotas and set-asides in the flood recovery contracts. Finally, they want a task force which will make Baton Rouge police unable to do their jobs.

These demands, especially the first two, are silly. The prosecutor should make a decision only when all the evidence is in. The flood recovery companies should only hire the best companies and people for the job.

However, police reform is something that should be looked at.

Looking at the hashtag #BlackoutBR on Twitter and it seems like it’s not getting a whole lot of activity. The response is largely “meh.” I imagine this campaign won’t be very successful.

Interested in more news from Louisiana? We've got you covered! See More Louisiana News
Previous Article WAGUESPACK: Sue Or Get Out Of The Way
Next Article The Low Popahirum, September 27, 2016