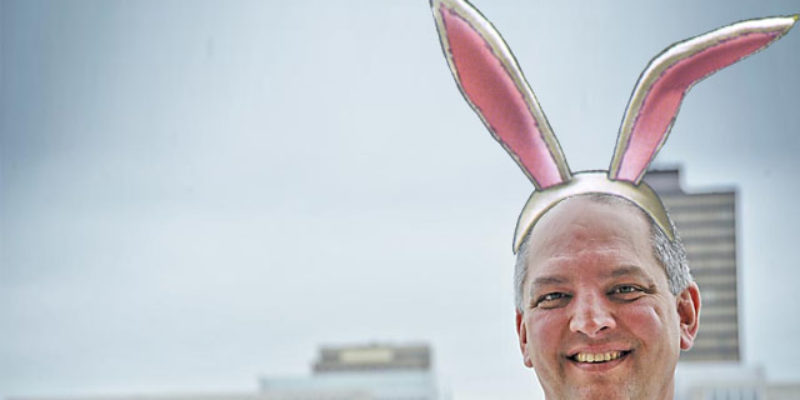 Ethan Guerra-Deslatte is an LSU student and left-wing activist. He doesn’t like some fraternities very much.

The current target of his rage is the LSU chapter of Delta Kappa Epsilon. The Dekes have a tradition of hanging banners in front of their frat house every GameDay. Most of those banners are not safe for work, to put it mildly.

They often include mocking references to people in the news, such as 49ers backup quarterback Colin Kaepernick’s refusal to stand for the national anthem in solidarity with Black Lives Matter. 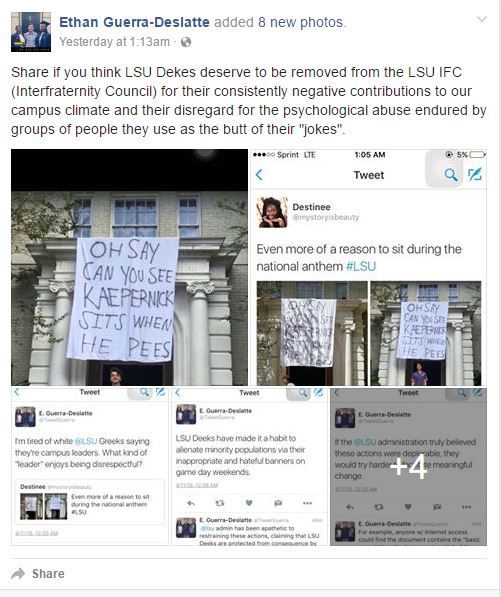 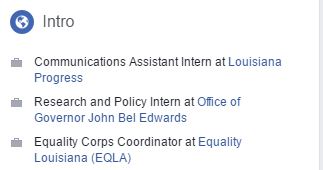 Why does JBE hire people who don’t have any respect for the First Amendment? Where does JBE stand on this issue?

It’s safe to say most of the students on LSU’s campus agree with the Dekes and don’t hold Colin Kaepernick in high regard. Now we have Pajama Boy here trying to shut them up because his feelings are hurt.

Ethan Guerra-Deslatte is exactly why the “alt-right” is a thing.

The same First Amendment that protects Colin Kaepernick’s right to not stand for the national anthem protects the Dekes’ right to mock him. Perhaps Ethan Guerra-Deslatte should read it before he spouts off on Facebook.