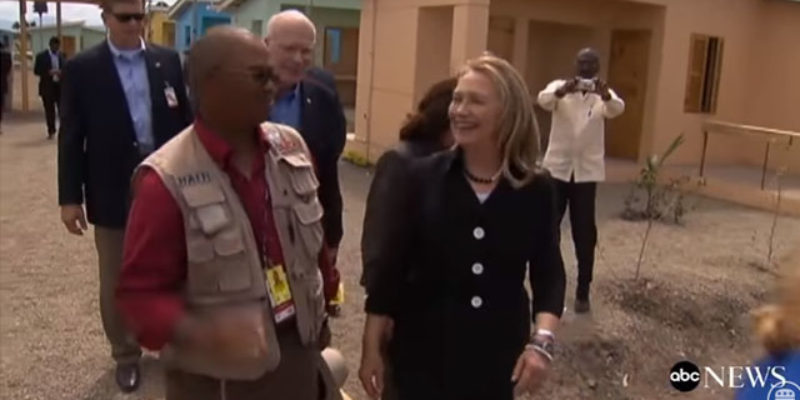 Try not to be shocked, but there was an actual outbreak of journalism at ABC News tonight. Brian Ross did a pretty good job of raising questions about what the Clinton Foundation did in Haiti following the earthquake there.

Hillary Clinton is almost assuredly going to win the election in four weeks, and virtually all of this – which deserves a full criminal investigation by an agency with the resources of the federal government – will be swept under the rug.

Nevertheless, this report shows that when, in Sunday’s debate, Donald Trump promised to appoint a special prosecutor to get to the bottom of the Clinton Foundation and its corruption, it wasn’t some fascistic threat from a would-be dictator. It was an attempt to produce some semblance of accountability to what can best be described as a crime syndicate disguised as a political machine. The Clintons didn’t just steal the cash donated to their foundation and pay themselves with funds intended for charitable causes, they co-opted the federal government through the State Department to secure those donations – which were little more than a cover for the buying of influence.

The depth and breadth of the corruption involved should disqualify these people from holding the levers of power. It ought to disqualify them to walk the streets freely. But unfortunately they will get away with it.

Interested in more national news? We've got you covered! See More National News
Previous Article LSU’s Batting Coach Fools The Gullible Media Into Believing Ken Bone Once LSU’s Equipment Manager
Next Article What Are The Chances Of Having A President Elected This Year Who’ll Be Too Damaged To Govern?