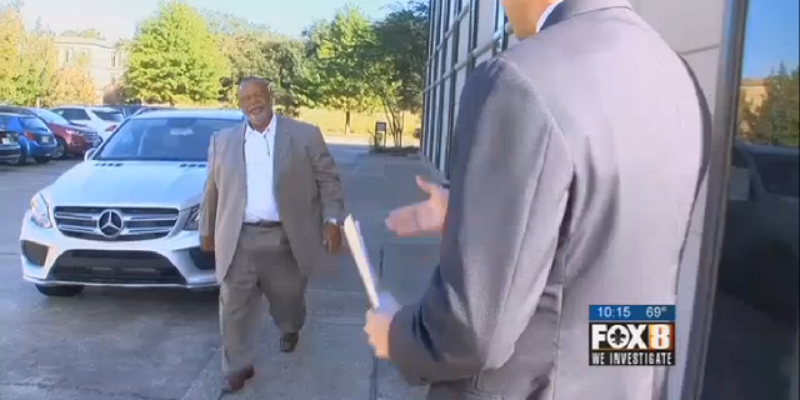 That’s what Fox 8 and Lee Zurik are claiming.

This man’s name is Jimmie Thorns and he’s a John Bel Edwards fundraiser that has not paid property taxes in 30 years. He was also appointed to the Louisiana Tax Commission, which helps regulate….property tax assessments, among other things.

Gov. John Bel Edwards appointed Thorns to the Louisiana Tax Commission in February. Thorns is paid $56,000 annually for his work on that board.

Thorns had thrown a fundraiser for the governor when he was running for office last fall. Thorns also contributed $2,5000 to Edwards’ campaign.

Thorns has a consulting firm that has done business with the City of New Orleans and other government agencies. Thorns got those contracts despite the fact he owes so much on property taxes.

Oh and this guy has a brand new $51,000 Mercedes-Benz that is registered to the property he doesn’t pay taxes on. I imagine you couldn’t stay in a house you don’t pay property taxes on for 30 years.

This is more evidence that the entire John Bel Edwards administration is a “smash and grab” operation. JBE is using his time in office to make his cronies rich, just like Edwin Edwards did.

Besides, it doesn’t matter if this guy doesn’t pay his taxes. As far as JBE and other Democrats are concerned, taxes are for Republicans and businesses who don’t donate enough.

Interested in more news from Louisiana? We've got you covered! See More Louisiana News
Previous Article College student lies about Trump supporters beating her and stealing hijab
Next Article The Battlefield, November 11, 2016 – Is This The Hard Left’s Death-Rattle?