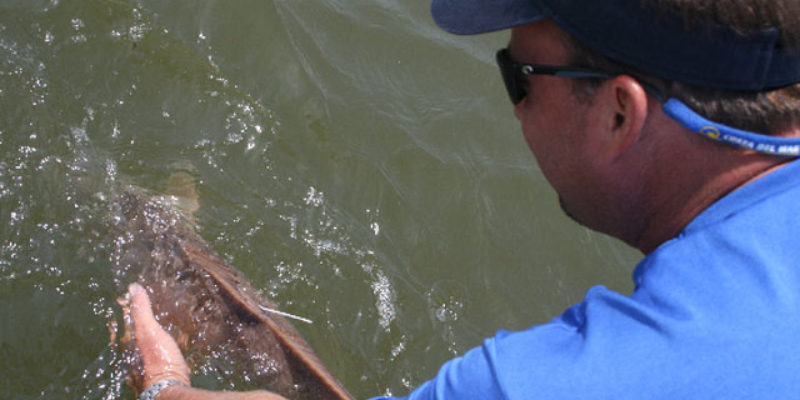 The latest in what has become a frightening pattern of hard-to-explain decisions coming out of the Louisiana Department of Wildlife and Fisheries is the planned destruction of a program which uses volunteer anglers to tag and release fish in an effort to study migration and population.

TAG Louisiana has been recognized as one of the best programs of its kind in the country, with thousands of fishermen participating and some of the best data generation in America for the purposes of marine biology in a state where that science is crucially important. From the TAG Louisiana Facebook page…

Volunteer anglers provide information that is difficult, often impossible, and expensive to obtain by other means. Volunteer anglers will be trained on proper tagging techniques to ensure survivability of the tagged fish and will be instructed as to expected reporting requirements. The program provides the tagging kit at no charge. Dedicated volunteer taggers will receive a program gift and additional prizes may be awarded depending on the number of fish tagged annually.

If you tag x-amount of fish, you get t-shirts, caps, badges and so on – last year, one fisherman tagged some 2,000 fish and got himself honored at a banquet. It costs the state very little to run the program – a total budget of about $680,000, three quarters of which comes from federal grants.

And yet, according to the Times-Picayune’s outdoors writer Todd Masson, DWF is going to all but wipe the program out…

The recreational fishing community has taken another hit from the Louisiana Department of Wildlife and Fisheries, and this one’s going to leave a mark. Beginning in January, the agency will discontinue most of the popular TAG Louisiana program, a coastwide study that relies on volunteer anglers to tag fish and report recaptures.

Assistant Secretary Patrick Banks, head of the department’s Office of Fisheries, said administrators made the decision because the program isn’t delivering useful information for agency biologists.

“The tagging program provides no meaningful fisheries management data for the department,” he said in response to a list of questions emailed by NOLA.com | The Times-Picayune.

One gets the impression Banks is saying what he’s being told to say from above. Why? Because the DWF biologist who runs the program doesn’t share that take at all, and neither does CCA Louisiana, who’s been doing a lot of the heavy lifting to make it successful…

According to the department’s annual report on TAG Louisiana, written by program manager Heather David, CCA was responsible for recruiting new cooperators, sending tagging kits, holding annual workshops, stocking supplies and data entry. CCA also contributed at least $141,000 annually to the program in cash and in-kind donations, and was in the middle of a three-year contract with the agency, according to CCA Executive Director David Cresson. The recreational-fishing advocacy group also has an employee devoted to the program.

Cresson said he was taken aback when he learned the department would kill the program.

“The decision was a surprise, since every indication from the department is that CCA has far exceeded the requirements of the partnership,” he said. “In fact, we met just last week (with department staffers) to make plans for tagger-training events and recruitment events in the spring.

“It was not a total shock, however, as it is consistent with a disturbing trend of decisions and behaviors by the department over the past 11 months that seem to indicate a bias against recreational anglers.”

And Cresson lowered the boom on the Department with this quote…

“Tagging programs are used throughout the country, at some of the most-respected fisheries research facilities, to collect fisheries data,” he said. “Most of those programs, however, have nowhere near the body of data that we have now in Louisiana. To see it thrown away is a travesty.

“There are department biologists who think the information is very useful, but they were simply not part of the decision-making process in this case.”

David, the program manager, is likely getting her resume together at this point – because her report reads almost like whistleblowing…

David’s report seems to back up Cresson’s statement. She wrote that “tagging studies have frequently been used to answer fisheries management questions and have played a fundamental role in our understanding of fisheries ecology and population dynamics. The data from this tagging program can produce alternative measures for fish assessment indices and assist in validating existing stock assessment results.”

She also noted that the program gives biologists data about habitat utilization and how it’s impacted by coastal-restoration efforts.

What’s likely to happen is that CCA will end up continuing the program in some form or fashion, which is a good thing. Maybe CCA can serve as a de-facto DWF, at least with respect to recreational fishing, since the state agency appears to be doing everything it can not to sanction that activity at all.

Interested in more news from Louisiana? We've got you covered! See More Louisiana News
Previous Article The Baton Rouge Police Union Is NOT Happy About That Settlement With Black Lives Matter
Next Article VIDEO: And Now For The Most Bizarre Campaign Ad Of The 2016 Election Cycle In Louisiana…