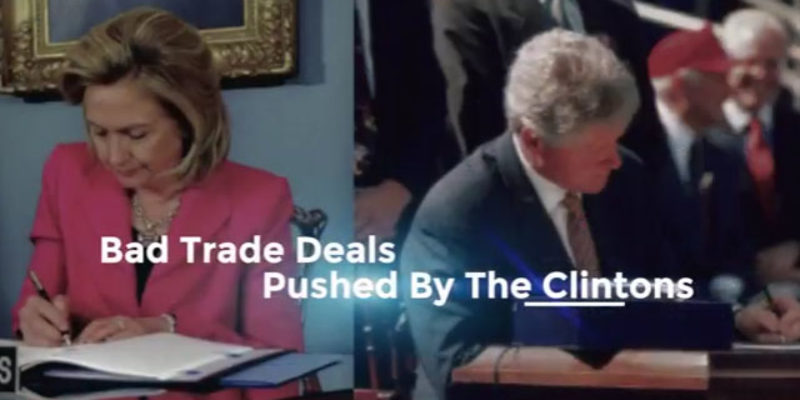 Everything you think you know about how Donald Trump scored his historic victory is wrong.

The mainstream media wants you to think President-elect Trump’s victory was a complete surprise. It may have been to them, but it wasn’t to those of us on the ad team. Throughout the campaign ad pundits skewered his media strategy and claimed Trump was cheap and foolish. He was not. Talking heads thought his messages were off target, simplistic and untested…and yet they were the ones that were full of baloney.

As Donald Trump barnstormed across the nation, holding rallies in places that caused the Clinton campaign to scratch their heads, the groundwork for a carefully planned strategy was being laid. Regular dial testing and focus groups were used to understand the undercurrent that was pushing voters to fill airplane hangers to overflowing capacity.

In a campaign run by pollster extraordinaire, Kellyanne Conway, qualitative and quantitative research and numerous data points drove the type of spots that were created for the campaign and ultimately where they aired.

Trump took his message to the people and managed to create headlines every night. But when it came to his TV ads, more often than not, he let America do the talking. When Trump said his campaign was a movement of “we the people” he meant it. Only 19 percent of Trump’s TV ads featured his voice. Research revealed voters strongly related to real people talking about their struggles and hearing directly about how a Donald Trump presidency would positively impact their lives. In every town we visited voters were moved by his specific policies and plans to fix things that were broken.

In total, our video crews logged thousands of miles and sat in dozens of small living rooms listening to what was on the minds of the forgotten men and women of America. We visited small towns decimated by bad trade deals and featured them in ads like “NAFTA.” Mothers spoke about the costs of childcare and how it kept them from working outside the home. Their words became ads like “Listening.” Small business owners shared the frightening consequences of the Affordable Care Act and thus ads like “Obamacare” were created. A trade craftsman who managed his family business told how trade deals sent his business out of the country and cost his employees their healthcare and jobs. What these people were going through is something that no DC journalist or Madison Avenue ad executive could understand.

Trump spoke about all these issues at his rallies, but the media didn’t cover that. In the end it was a selection of highly tested ads telling powerful stories that confirmed what people knew in their hearts – they wanted change and Hillary Clinton wasn’t talking to them.

Trump’s ads were about the future. Clinton’s ads were largely focused on two topics: Donald Trump is a mean man and by gosh, I’m Hillary and it’s my turn to be President. While Trump spoke to everyday Americans about their struggles, Clinton misread them, insulted them and forgot that in America we love an underdog.

And as the campaign drew to a close and polls showed Clinton unable to break through 48 percent in the polls, the Trump team launched an ad entitled “United.” One of our closing messages, the ad showed voters what the media would not, the power of the movement and the incredible energy, commitment and unity of a Trump rally. The “hidden Trump voters” could see they weren’t alone and realized what they were feeling was shared by thousands of others. That message was repeated loud and clear on election day.

Politics can be an insider’s game, but this year it wasn’t. Trump frustrated many because he didn’t follow the establishment path and made his own rules. He listened, he learned and to quote Trump himself from The Art of the Deal, “I believe in spending what you have to. But I also believe in not spending more than you should.” Make no mistake about it, our campaign was data driven, professional, on message, calculated and in the end victorious.

Covington, Louisiana-based Jay Connaughton served as a Media Adviser to President-Elect Donald J. Trump’s campaign. Connaughton is a leading national political ad strategist who has worked on many major campaigns over the last 20 years. His creative strategies have helped shape and win elections for Republican U.S. Senators, Congressmen and elected leaders at all levels of State Government. Connaughton is managing partner of People Who Think, an advertising agency with three core divisions: Innovative Advertising, Innovative Politics and Fridge. This piece appeared Monday at The Daily Caller.