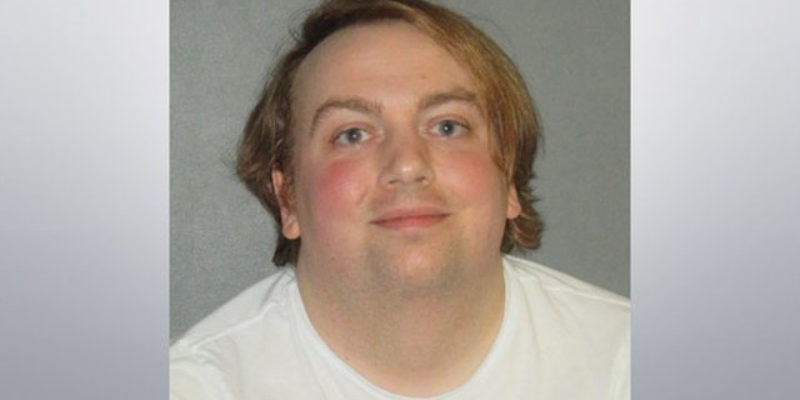 A Baton Rouge man was arrested for allegedly murdering and dismembering his parents during his Thanksgiving visit to their home in Tennessee.

The FBI reported Joel Michael Guy Jr., 28, was arrested Tuesday afternoon at his apartment complex on Nicholson Drive in Baton Rouge. He is accused of killing his parents, Joel Guy Sr. and Lisa Guy, at their home in Knoxville, TN.

Officials said he was booked into the East Baton Rouge Parish Prison and is awaiting extradition to Knox County, TN where he will be tried on two counts of first-degree murder. Guy is scheduled to be in court Thursday. He was denied bond.

Officials with the Knox County Sheriff’s Office held a news conference Wednesday to announce the grisly details of the murder investigation. They said Guy is accused of murdering his parents, dismembering their bodies and then dissolving them in an acidic chemical.

Law enforcement officials think the motive for this layabout villain, who had no job and no friends and no life, was that his parents had told him he was off the family teat and would have to fend for himself at the tender age of 28. His response to that was to stab them full of holes, chop them into pieces and boil them in acid – which, as was the pattern in his life, he did sloppily and without productive result. It doesn’t even appear that he attempted to clean up the bloody mess he left all over the floor when he was stabbing his parents to death.

The easy reaction to this is to say this is what you get with a millennial. That’s not exactly useful, though – there have been worse monsters arising out of the ranks of previous generations’ losers, and many of them were just as ineffectual both as people and as murderers than this clown was. It’s probably not valid to spend too much time drawing cultural lessons here.

But for the rest of the week this is the story everyone will be talking about. We have a new famous killer in Baton Rouge: some guy named Joel, who became a notable individual in society in the worst way possible, and in the process found a way for someone other than his parents to pay for his upkeep.