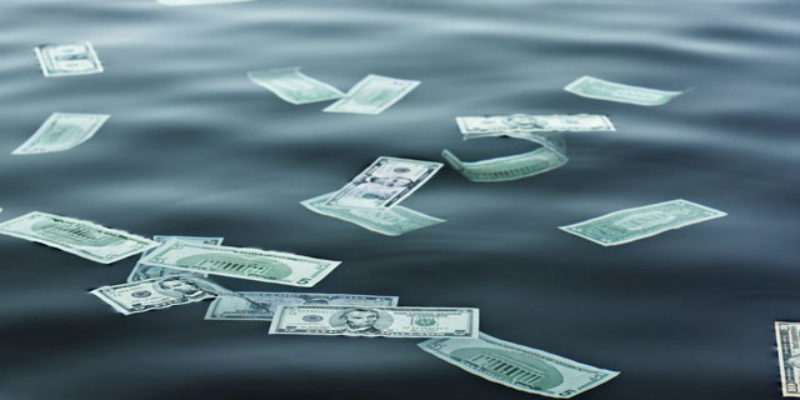 Starting January 1, 2017, Louisiana consumers will pay the Louisiana Rural Water Association (an additional) half a million dollars thanks to a fee hike sponsored by Gov. John Bel Edwards’ floor leader, Sam Jones.  From The Advocate:

Nearly 1.6 million customers, including households and businesses, are expected to pay the higher fees, raising an estimated $13.5 million for the state public health office annually, according to a financial analysis done for lawmakers.

Another $500,000 will be paid to the Louisiana Rural Water Association each year, and a slice of the fee money will go to local government agencies that own the water systems.

Here’s the kicker: the $500,000 present to the Louisiana Rural Water Association wasn’t in the original bill.  A House committee added that (over zero objections, mind you).

Watching the committee take up the measure (and the amendment with the handout to the LRWA) is like Christmas all over.  Rep. Sam Jones seems to imply that passing this tax will cure cancer, kill brain-eating amoebas, and end pollution state-wide.  Not to be outdone, Rep. Cox noted that the tax would help in the fight against terrorism and Rep. Hunter offered that it was an equal rights issue.   So $500,000 to the Louisiana Rural Water Association would:

Rep. Jones, in making the plea for yet more money from Louisiana citizens, noted, “I’m asking for one bottle of water,” implying that his fee hike wouldn’t cost more than a single bottle of water (which he dramatically waived around before the committee).  Let’s do some math: the $3.20 fee is going up to $12.00, an increase of $8.80.  That’s an awful expensive bottle of water.

But, according to Rep. Jones, we need that expensive bottle of water because Gov. Bobby Jindal cut DHH “a million percent.”

This was nothing more than a John Bel money-grab, with some payoffs to the Louisiana Rural Water Association along the way.  And the citizens of Louisiana get to fund it, one (very expensive) bottle of water at a time.

Interested in more news from Louisiana? We've got you covered! See More Louisiana News
Previous Article CROUERE: Let’s Say Goodbye And Good Riddance To The UN
Next Article The Democrats Are In Such Bad Shape That JBE Is Backing “Republican” Puppets In Upcoming Races