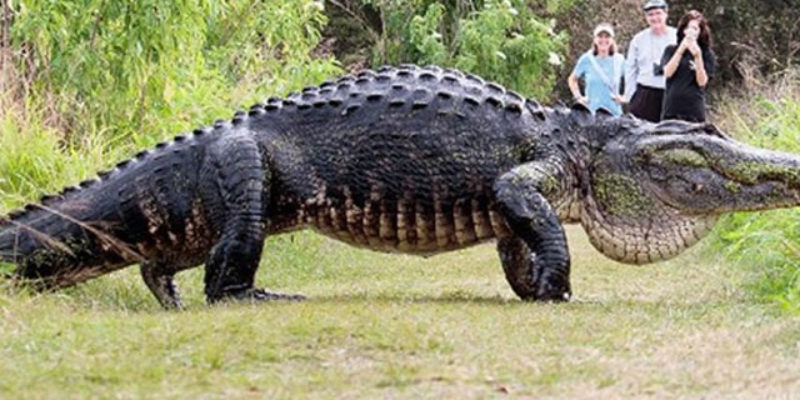 Y’all ever see an alligator this big? I never have an’ I see tons of ’em.

This is in Florida. Lakeland, to be specific, which is east of Tampa. And it doesn’t look like anybody’s too scared of him. They’re just standin’ around takin’ pictures while he waddles across a berm from one pond to another. They gave him a name; he goes by Humpback.

And the place where this guy lives is called the Circle B Bar Reserve, which is a little east of the actual city of Lakeland. If you Google that place you get this, which is from April. I don’t think it’s the same gator, but then again if he’s kept up his eating habits since April he might well be…

Safe to say they got some serious gators over there in Lakeland. They might ought to call the place Gatorland. And no, I don’t wanna play golf anywhere near there. You put your tee shot anywhere near a water hazard and…well, let’s just say it’s a mountain of Nope.