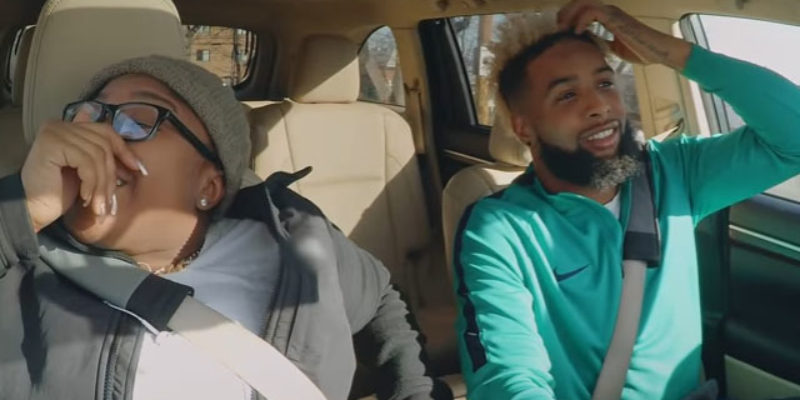 We just had to throw this one at you, because it’s too funny. He’s not quite as obvious as Shaquille O’Neal was, because with a hat on you can’t immediately tell (1) that he’s a pro athlete and (2) that it’s him. After all, it’s that signature blond mop on top of OBJ’s head which everybody knows him for. So initially he’s just a guy.

And he says all kinds of things while driving his customers around which are giveaways, though most of them don’t appear to catch on right away. Makes it even funnier when he finally gives away the joke to them.

The “My heart! My heart!” lady who practically tackles him with a hug is the one who steals the show, though. Enjoy.

Interested in more national news? We've got you covered! See More National News
Previous Article Jeff Landry Just Dropped A Nuke On Mitch Landrieu Over Crime In New Orleans
Next Article Yahoo! Finance Makes The Mother Of All Typos, And Black Twitter Turns It Into The Funniest Thing Ever