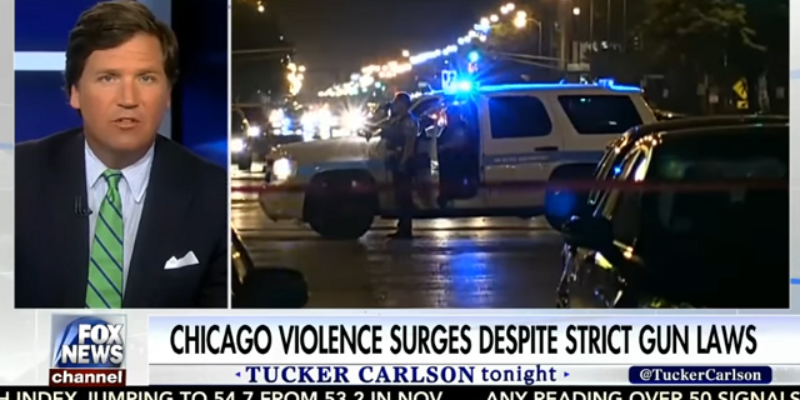 Tucker Carlson once again has lefty embarrass himself on his program. Carlson had Joshua Horowitz of the Coalition to Stop Gun Violence on his show to talk about Chicago’s high murder rate, despite the city’s strict murder rate.

Horowitz claimed that he had “evidence” showing that gun control laws work to reduce gun crime. Carlson responded “really” and then rattled off the statistics from Chicago: 3,500 shootings and 762 murders. Horowitz claimed that Illinois only had “OK” gun laws and they needed to be more strict. He also claimed that the guns came from out of state.

By the way, Horowitz never demonstrated his evidence.