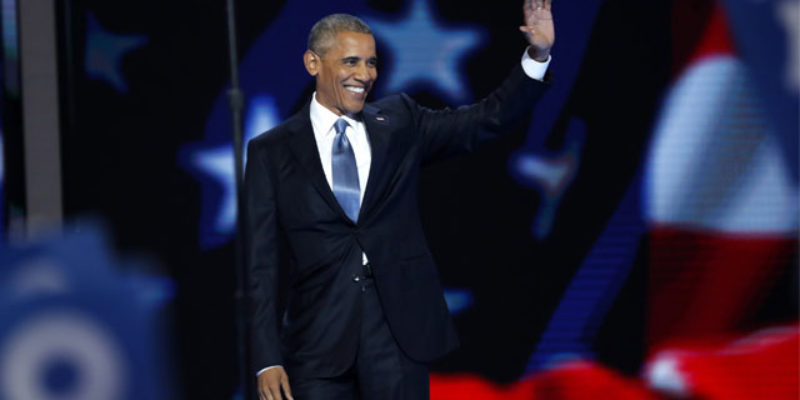 “If Congress refuses to raise what’s called the debt ceiling, America would not be able to meet all of our financial obligations for the first time in 225 years.”-October 8, 2013

On executive orders:
“My job is to execute laws that are passed, and Congress right now has not changed what I consider to be a broken immigration system. And what that means is that we have certain obligations to enforce the laws that are in place, even if we think that in many cases the results may be tragic.”-Feb 14, 2013

“We’re not just going to be waiting for legislation in order to make sure that we’re providing Americans the kind of help they need. I’ve got a pen and I’ve got a phone.”-Jan 14, 2014

On gay marriage:
“I believe marriage is between a man and a woman. I am not in favor of gay marriage.”-November 1, 2008

“I’ve just concluded that– for me personally, it is important for me to go ahead and affirm that– I think same-sex couples should be able to get married.”-May 9, 2012

On the deficit and his responsibility

“Over the last four years, the deficit has gone up, but 90 percent of that is as a consequence of two wars that weren’t paid for, as a consequence of tax cuts that weren’t paid for, a prescription drug plan that was not paid for, and then the worst economic crisis since the Great Depression. Now we took some emergency actions, but that accounts for about 10 percent of this increase in the deficit.”-September 12, 2012 (Washington Post said Obama was responsible for 44% of it, while Bush, who Obama was referring to, was responsible for 10%)

On his legacy:
“We have not had a major scandal in my administration.”-October 24, 2016 (Of course, he forgets the IRS scandal, the VA scandal, Fast and Furious, Benghazi, etc.)

Interested in more national news? We've got you covered! See More National News
Previous Article LANDRY: The Senate Should Confirm Jeff Sessions
Next Article VIDEO: If You Haven’t Seen The Awful Democrat Woman Thrown Off A Plane For Verbally Assaulting A Stranger Over Politics…