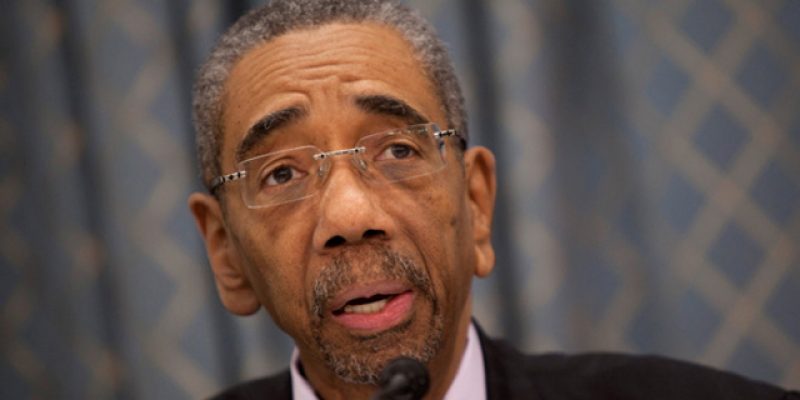 If you haven’t heard about the racial fracas in Chicago, in which the South Side’s congressman Bobby Rush complained of being pulled over for “driving while black,” here are the basics: last August, Rush was pulled over while driving his Lexus RX450h in the 4700 block of South King Drive in Chicago by two Chicago Police officers. He was pulled over because there had been a rash of car thefts of high-end vehicles, and CPD had been put on the lookout for expensive cars as a result.

And as it turns out, the plate on Rush’s vehicle did not match his car. According to the license plate Rush was supposed to be driving a Cadillac rather than a Lexus.

The source of the confusion may have been that there was a vanity plate closely matching the one Rush had on his car and the dispatcher who ID’ed the plate as a mismatch might have gotten the two mixed up.

But video of the traffic stop was released, and the officer conducting the stop couldn’t have been any nicer despite the fact Rush acted like a complete jerk to her.

The whole incident exposes Rush as a jackass and the very personification of The Boy Who Cries Wolf. He had zero reason to complain about how he was treated by the police, and furthermore the CPD was trying to catch a car thief, or ring of car thieves, who were making off with vehicles very much like his, and thus victimizing people an awful lot like him – namely, well-to-do African-American car owners of high-end vehicles on Chicago’s South Side. In other words, he had an opportunity to cooperate and support the efforts of police to help to insure that his own vehicle wouldn’t be stolen.

Instead he decided to give CPD a black eye, and for no reason whatsoever.

This isn’t a particular surprise, as Bobby Rush has a history of doing everything he can to fan the racial flames. Until the black community on Chicago’s South Side begins rejecting this brand of “leadership” things are not going to get better.

Interested in more national news? We've got you covered! See More National News
Previous Article Here’s a Weekly Webshow For You to Check Out
Next Article And Now Julie Stokes Is In For This Fall’s State Treasurer Race