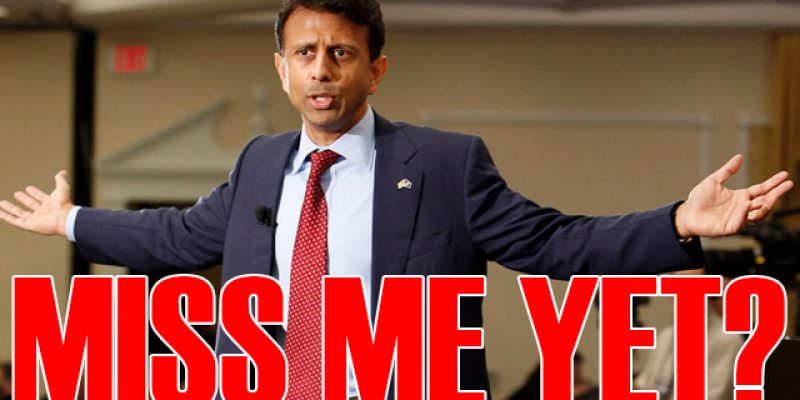 …if you read the article Elizabeth Crisp wrote about the hire in the Advocate this morning.

Mark Cooper was the head of GOHSEP, which is the Governor’s Office of Homeland Security and Emergency Preparedness, in Bobby Jindal’s first term, and it’s Cooper who deserves a great deal of credit for the positive reviews Jindal received for the response to Hurricanes Gustav and Ike during that time. Cooper has been the head of security for Wal-Mart at the corporate headquarters in Arkansas since his stint with Jindal; he’s coming back to Louisiana to succeed Ben Nevers, the former Democrat state senator who has been John Bel Edwards’ chief of staff for the past year.

The fact that Cooper was a Bobby Jindal aide can’t be learned from the Advocate article until Paragraph No. 14, out of 19 in the story. An excerpt to show how deftly the most interesting bit of information in the entire story is hidden…

Nevers said he is looking forward to spending more time with his family, including six grandchildren and three great-grandchildren.

“There are some very real challenges facing the state of Louisiana, but I know this governor has the best interest of the people of our state at heart,” he said. “I’ve been so blessed to serve the people of this state for so many years, and I’m looking forward to seeing great things from this governor and his team in the future.”

Cooper, a Bossier City native with degrees from LSU, is expected to join the administration in the coming weeks, but Edwards’ office didn’t give a specific start date. Matthew Block, executive counsel to Edwards, will serve as acting chief of staff in the interim.

Cooper previously headed the Governor’s Office of Homeland Security and Emergency Preparedness from 2008 to 2011 under then-Gov. Bobby Jindal. He left that position to take the job at Walmart’s headquarters.

Cooper managed the state’s response during hurricanes Gustav and Ike and the BP oil spill, among other disasters. During the 2016 floods across Louisiana, he said he supported the recovery through his position with Walmart.

He said he has “always had a sincere interest in the well-being of the state and have called Louisiana home.”

“I look forward to this next opportunity and supporting the governor and his team,” he said.

Before joining the Jindal administration, Cooper worked for the Los Angeles County Fire Department. He has been called on as a disaster recovery expert and has served on the advisory board to the administrator of FEMA.

What else isn’t in the piece but we have on good authority is Edwards’ first call to replace Nevers as the chief of staff was to Paul Rainwater, who had that position in the Jindal administration. Rainwater declined the job but said he’d help to find someone.

All of which is delectable, given Edwards’ nonstop harangues about Jindal’s poor performance and his derogatory statements about the former governor’s aides.

But we didn’t see much of anything about that in the Advocate story. Instead, Crisp buried the lede in an otherwise painfully boring piece about a sendoff for Nevers.