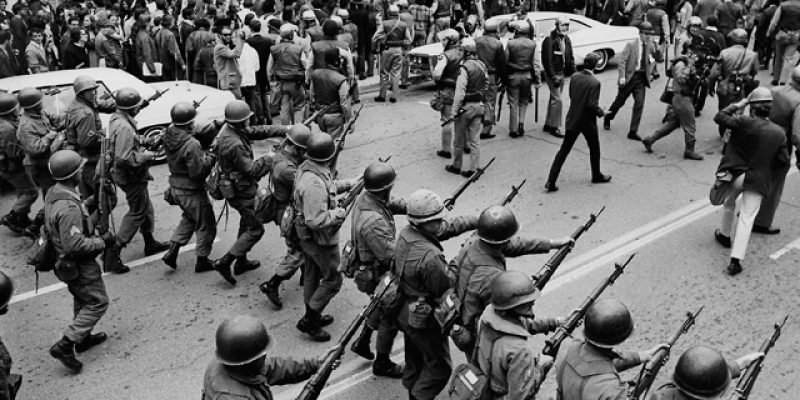 In late October 2005 as I was personally preoccupied with picking through the muck of what remained from my pre-Katrina life, a news story in western Europe managed to grab my attention.

Tens of thousands demonstrated around the country over the deaths of two teenagers residing in a French immigrant suburb who died while being pursued by the police.

The youths were not actually killed by the police, but were fatally electrocuted while hiding at a power plant.

Yet despite government officials having not even laid a glove on them, the pair’s deaths triggered the worst rioting in decades in a country known for large violent protests.

Over 8,000 cars were burned, buildings were destroyed, police were assaulted, and three civilians died, with two killed by the protestors and another perished while trying to extinguish a fire.  A national state of emergency was declared and extended into January.

I thought it was odd for there to be any protests at all since the “triggers” had endangered their own lives by 1) fleeing the authorities and 2) trespassing into a dangerous facility.  If they thought that the police would not dare pursue them there, they were right and ironically enough the police were later put on trial for not following them to offer succor.

I wondered then if this irrational raging in the name of a nebulous or fabricated cause would make its way across the Atlantic.

Ransacked communities in Ferguson and Baltimore along with the assassination of police officers in New York, Baton Rouge, Dallas, and other communities are indications that the organized rage mentality has  reached our shores, perhaps with the involvement and guidance of professional European provocateurs.

While tailing an Occupy Wall Street protest in Manhattan two years ago I conversed with one of the organizers, who was a British citizen and boasted from behind his Guy Fawkes mask of the international involvement via training, and coordination within the American professional protest culture.

During the last five years of the Obama Administration, we saw a great deal of racialist protests, with the support of the nation’s leading community organizer and his sympathetic administration.

But since Donald Trump won the presidency, we have seen a shift as the Democratic Party has become a permanent protest outfit.

The irony of it all.

The day after Trump took the oath of office he was greeted by a “women’s march” that seemed to lack any purpose aside from utilizing non-refundable hotel reservations made when Hillary Clinton looked unsinkable, expressing crude language and creative demonstrations of profane imagery, and generating a load of coin for Etsy knitters of ugly hats.

The same party that has spent the last eight years shrieking and looping 7 seconds worth of throwaway rhetoric by US Senator Mitch McConnell delivered at a Heritage Institute event (“Our top political priority over the next two years should be to deny President Obama a second term”) has launched their own intifada to not just deny President Trump a second term but to effectively end his administration before January 2021.

They’ve put a fatwa on a Supreme Court justice nominee who had been previously approved sans opposition as federal judge because he is not one of “theirs,” even though the Democrats played the exact same game on Bush judicial appointments and prevailed (though you would not know this from the dishonest partisan established media).

We have seen demonstrations at airports over Trump’s decision to block visits from those coming from countries without a functioning government or that house terrorist networks.

There has been talk of impeachment less than two months into the Trump term based off whispers and gossip from unnamed “government sources” reported as headlines by a partisan and unethical established media about some kind of connection with Moscow, the proof of which is a rope of sand and an undetermined “end game” that has yet to be invented by the leftist political screenwriters.

And then the latest gimmick where female Democrats decided to wear white outfits and glower throughout Trump’s State of the Union address, many refusing to even express appreciation for the service of a slain Navy SEAL.

They chose to wear white to stand with the suffragettes of yesteryear; in truth the female congressional Democrats unjustly appropriate to themselves out of vanity and self-importance the valor of the heroines of American democracy.

Throughout all of this tantrum pitching, the Democrats have offered no alternative plans, no interest in working with Republicans on any issue (unless they are up for re-election in a red state), and absolutely no civility in tone or honesty in message.

In other words, they have not presented a reassuring alternative to the Trump Administration.

Rage might help gin up campaign donations and lead to an uptick in volunteers and thousands of social media purging, the Democrats are going to need to offer something of substance to the electorate in 2018 or the 45th president will add Nancy Pelosi’s political career on to his trophy wall at Trump Tower.

Interested in more national news? We've got you covered! See More National News
Previous Article Obama’s Lead-Ammo Ban Just Got Shot Down
Next Article Coming Soon In Lafourche: The “Let That Son Of A B*tch Go Back To Mexico” Library