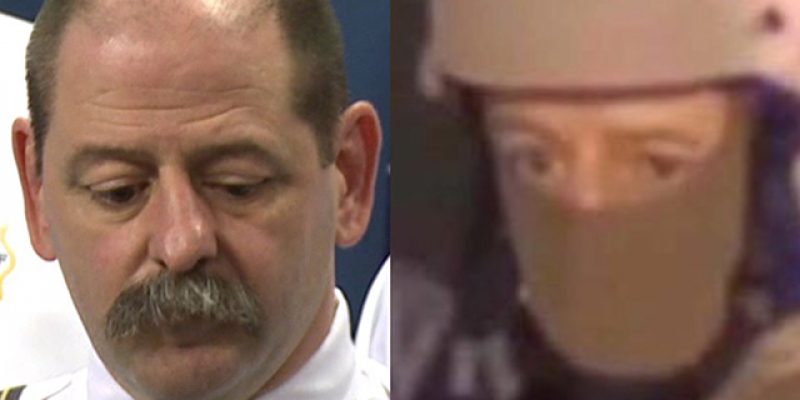 It is quite ironic that the liberal Democrat Mayor of New Orleans, Mitch Landrieu, is trying to erase uncomfortable parts of the city’s rich history while simultaneously preparing to celebrate the tri-centennial next year. A world-renowned city known for priceless architecture and monuments is becoming less interesting, all because of Landrieu’s insatiable political aspirations.

The march toward political correctness began early Monday morning at 1:30 a.m. as masked men in unmarked vehicles with no license plates removed the Liberty Place Monument. It will be the first of four Confederate monuments removed in New Orleans. All of them were declared “nuisances” by the New Orleans City Council in a 6-1 vote after unrelenting pressure from Landrieu. The Liberty Place monument is now being stored in an unknown location. The Mayor has not announced any final plans on what will happen to the monuments or the sites where they were displayed.

There was no transparency in this action as the public has not been informed who paid for the removal or what company was involved. In fact, the Mayor used public employees for this project, a questionable use of public resources for a cash strapped city.

Interestingly, it is a violation of Louisiana law to wear a mask in public when it is not Mardi Gras or Halloween, but, of course, Mayor Landrieu has no concern with the law. He is hell bent on becoming the Mayor who removed the Confederate monuments. Never mind that his four African American predecessors did not bother with such an agenda. Presumably, they were more worried about the real problems facing New Orleans, such as the poor economy, the horrible infrastructure and the need to improve public safety.

The monuments will be removed because of the agenda of one man, Mayor Landrieu. He forced this divisive issue on the people of New Orleans not because of a groundswell of support or the vote of the people. In fact, polls show that removing the monuments has only lukewarm support in New Orleans and is very unpopular statewide. Not surprisingly, in a city with a 50%+ unemployment rate among African American men and a high violent crime rate, people are more concerned about other issues.

Mayor Landrieu embraced this controversy to divert attention from the serious problems that he has not come close to solving. He announced his campaign in the summer of 2015 in the aftermath of a shooting tragedy in South Carolina. He used an unrelated mass shooting of African American churchgoers as the rationale to remove the four Confederate monuments in New Orleans.

Surely, he embarked on this politically correct crusade to score points in the Democrat Party and possibly to further his political career in this city or state. He may have hoped for huge support for the monument removal issue and to change the city charter, which would have allowed him to serve for a third term. Fortunately, there was no voter enthusiasm for more of Mitch Landrieu as Mayor.

Statewide, his obsession with removing monuments has harmed his political standing and he has no possibility for higher office. With Hillary Clinton thankfully losing, he was not tapped for a cabinet position or another high-ranking government position. Thus, after his mayoral term ends next year, he will be left with options such as becoming a lobbyist or taking a position with a liberal think tank.

When the history books are written on the Landrieu administration, the verdict will certainly be negative. As Mayor, Landrieu presided over a city ranked as the Murder Capital of the nation. He decimated the police department and the officer ranks declined by 500 or more during his tenure.

The rate of violence has significantly increased near the end of his term with a dysfunctional criminal justice system and a District Attorney’s office that the Mayor refuses to fully fund. While he can find resources to take down Confederate monuments, he will not fund an office dedicated to keeping criminals off the streets of New Orleans. It is quite a pathetic insight into his mayoral priorities.

New census data shows that the population of New Orleans is now declining for the first time since the year after Hurricane Katrina. Who can blame people for not wanting to live in an unsafe city with horrible streets conditions led by a Mayor who is primarily concerned about his political ambitions?

This week, Mayor Landrieu was interviewed by MSNBC’s liberal host, Rachel Maddow. While it was a meeting of the minds on the Confederate monument issue, the interview mostly exposed the unquenchable desire of Mayor Landrieu for national attention.

The next monument may be removed at any time, probably at 1:30 a.m. one morning very soon. While supporters of the monuments continue to hold vigils at the sites, a secret crew of contractors and firemen are training to fulfill the Mayor’s next demand.

If the Mayor is so confident that this is the correct path to pursue, he should remove the monuments in broad daylight and let everyone know who is involved. The secrecy and timing of these activities is very revealing. In fact, it is reminiscent of the old saying, “Nothing good happens after midnight.” Certainly, this is true today in New Orleans under the leadership of egomaniacal Mayor Mitch Landrieu.

Jeff Crouere is a native New Orleanian and his award winning program, “Ringside Politics,” airs locally at 7:30 p.m. on Fridays and at 10:00 p.m. Sundays on PBS television station WLAE-TV, Channel 32, and from 7:00 a.m. until 11:00 a.m. weekdays on radio station WGSO 990 AM & www.Wgso.com. He is the author of “America’s Last Chance,” and provides regular commentaries on the Jeff Crouere YouTube channel and on www.JeffCrouere.com. For more information, email him at [email protected]

Interested in more news from Louisiana? We've got you covered! See More Louisiana News
Previous Article BATISTE: New Orleans’ “Great Divider” Is Starting To Come Off As Desperate And Crazy
Next Article BATISTE: Landrieu Schemes To Circumvent The Public