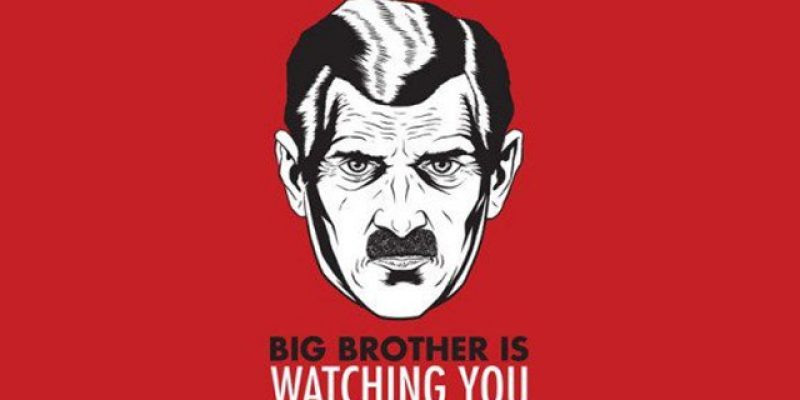 They’re installing cameras not to catch you at a red light, but to bust you for letting your car insurance lapse.

If you’re an uninsured driver in Iberville Parish, you should beware. The Iberville Parish Sheriff’s Office has a new tool designed to catch those drivers without insurance.

The Iberville Parish Sheriff’s Office estimates that one in five drivers in their parish do not have car insurance.

“Everybody wants to pay for the way they drive, right? And you do in a lot of ways, but at the end of the day, the environment in Louisiana is a higher cost because there’s so many drivers that don’t have insurance,” said state farm insurance agent, Brady Flavin.

The Iberville Parish Sheriff’s Office has equipped two deputy units with new license plate cameras that scan plates as deputies make their rounds. The office also plans to mount permanent cameras along key busy roads in the parish. If the plate connects to an uninsured driver, that driver will get a ticket in the mail along with a $200 fine.

According to Sheriff Brett Stassi, the cameras are provided by the Louisiana Consortium for Public Safety in exchange for the company receiving a portion of the $200 fine. The remainder of the fine is split between the District Attorney’s Office and the Sheriff’s office.

This is of a piece with one of Sen. Ronnie Johns’ stupid bills in last year’s legislative session, in which nine parishes would use these cameras for a similar purpose to scan license plates and turn the interstate highways into Surveillance Hell. We spent most of our time last year on Johns’ unconstitutional stripper bill and largely ignored this, mostly because the House Criminal Justice Committee killed it. But the Louisiana Consortium for Public Safety was trying to pass that bill as well.

Who is the Louisiana Consortium for Public Safety? That’s a bit more difficult to answer. It doesn’t have a website, and Googling it doesn’t get you a lot. We looked it up at the Secretary of State’s website and found out that it’s an out-of-state enterprise run by a Mike McGrey of Seneca, South Carolina, with a Louisiana attorney, David Birdsong, as its agent. And a little digging on McGrey uncovers that the company he really works for is IX Group out of Raleigh, NC, which is a national firm pushing these license plate scanners. From the “About Us” page at that company’s website…

IX Group, Inc. was founded to provide: Instant, Accurate, Non-Invasive Insurance Verification and Compliance. Because the system is automatic, non-invasive and both intrastate and interstate, it is the only method that can link to ALPR, (Automatic License Plate Recognition) and similar technologies and, both fully support law enforcement in their role of protecting the Public but also fully protect privacy.

This solution is the only answer ever developed that solves these problems and it is proprietary. All other systems have only unreliable data or, are limited to a single insurer.

This unique, instant verification system benefits every person and every organization associated with motor vehicle insurance, including Policyholders, Drivers, State and Local Law Enforcement, Vehicle Registration, Insurance Commissioners, their staffs and the Courts.

We have operations around the Nation and the Group is represented throughout Europe and in the Caribbean.

Our President is Jonathan Miller and our Secretary is Michael McGrey. Directors include James Koetje, Andrew Fox, Rowland Day, Jonathan Miller and Michael McGrey. IX Group is a Member-Partner of the National Public Safety Consortium. Consortium Members have offices in every U.S. State and operate in 183 Nations. Collectively, Consortium Members had earnings in 2014 of well over $97 billion, and just over one million employees.

Emphasis theirs. When you get a ticket in the mail for $200 because the scanner doesn’t like your car insurance, you might ask yourself how well you think your privacy is being protected.

We wouldn’t particularly say these guys are doing anything wrong. And when we looked up Johns’ campaign finance reports from the last couple of years we didn’t see any checks coming from these guys. So far as we can tell they’re not greasing politicians to get them to buy these license plate scanners; the sheriffs and legislators are in love with this idea because they think it’s good policy.

Yes, you should have current car insurance if you’re going to drive. No, it’s not a good idea for the cops to be able to mail you a ticket because some camera somewhere connected you to a database. And no, it’s especially not a good idea for private companies to be sharing revenue with politicians out of your pocket when you’ve got nothing to say about the transaction.

You ought to be creeped out about this, and you ought not to want this to be the wave of the future in the state. Otherwise we’re going to lose our right to face our accuser in court, and that’s a loss we’ll regret.