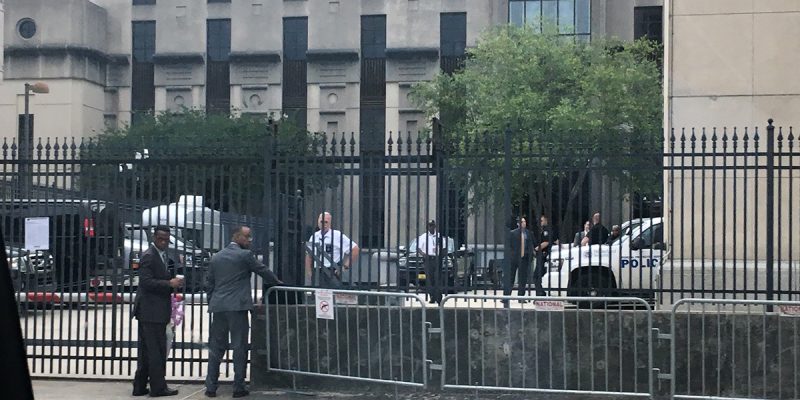 It looks like the Justice Department’s announcement on the Alton Sterling shooting is finally upon us.

Louisiana Governor John Bel Edwards was given “official” notice from the Department of Justice of an announcement in the Alton Sterling investigation Wednesday morning.

A spokesperson for the Governor’s Office tells WBRZ that Edwards and East Baton Rouge Mayor-President Sharon Weston Broome will have a joint press conference one hour after an official DOJ announcement.

The governor’s office said it is unknown at this time when the DOJ will make the announcement. Sandra Sterling, Alton’s aunt, tells WBRZ’s Brett Buffington that she will meet with DOJ officials around 11 a.m. Wednesday. The meeting will be private and only for immediate family.

We’re told they’re setting up security at the federal courthouse in downtown Baton Rouge, with TV trucks parked nearby in preparation for an announcement. One imagines the announcement would come a little after the meeting with the Sterling family today. 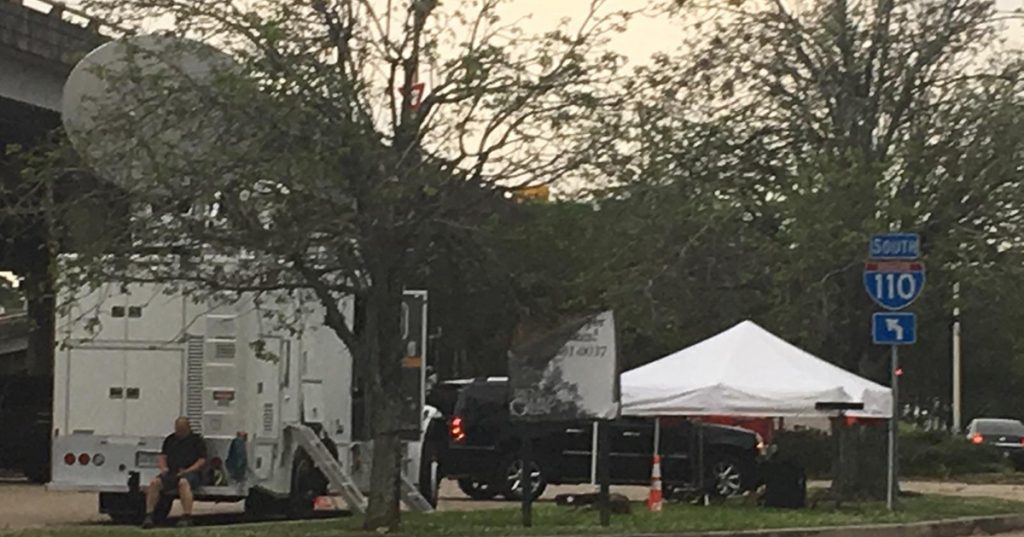 By 11 a.m. it’s supposed to be raining cats and dogs in Baton Rouge, by the way, which may serve to tamp down any immediate negative consequences of the announcement in the streets.

What seems pretty obvious is that DOJ’s hand was forced to an extent by yesterday’s Washington Post report. They may not have wanted to do this announcement just now, though we won’t pretend to know their reasoning. A couple of things are quite apparent. First, this was left to the Trump Justice Department by the previous administration precisely because there were no grounds to charge Blaine Salamoni and Howie Lake II, the two Baton Rouge policemen who were on the scene at Sterling’s death, with violating his civil rights. We don’t know if the rumors are true about Sterling supposedly shooting himself in the leg while trying to get his gun out of his pocket just before Salamoni shot him, or that the toxicology report shows he was high, or some of the other stories the mill has produced, have anything to do with the result. But clearly the case has fleas on it; otherwise in the six months Loretta Lynch had it the feds would have filed charges.

And second, this thing played out not in a way the White House or current U.S. Attorney General Jeff Sessions wanted it – it’s fairly obvious what we have here is another of the ubiquitous examples of a “deep state” leak.

We know those leaks, most of which have come out of Obama holdovers in the intelligence community but also in law enforcement, have appeared either in the New York Times or the Washington Post. This one showed up in the Post yesterday.

The Post’s story wasn’t overly complimentary of the decision not to charge in the Sterling case. It spent a lot of time discussing how angry people were that Sterling was shot but had very little context for why Salamoni and Lake wouldn’t be charged. That’s a tipoff to the agenda driving the piece.

DOJ, officially, denied throughout the day yesterday that they’d released their decision to anyone. We know that’s true because we were in contact with some of the people they would have released it to, and they weren’t told.

And there’s the result to consider. Here it is, in technicolor… 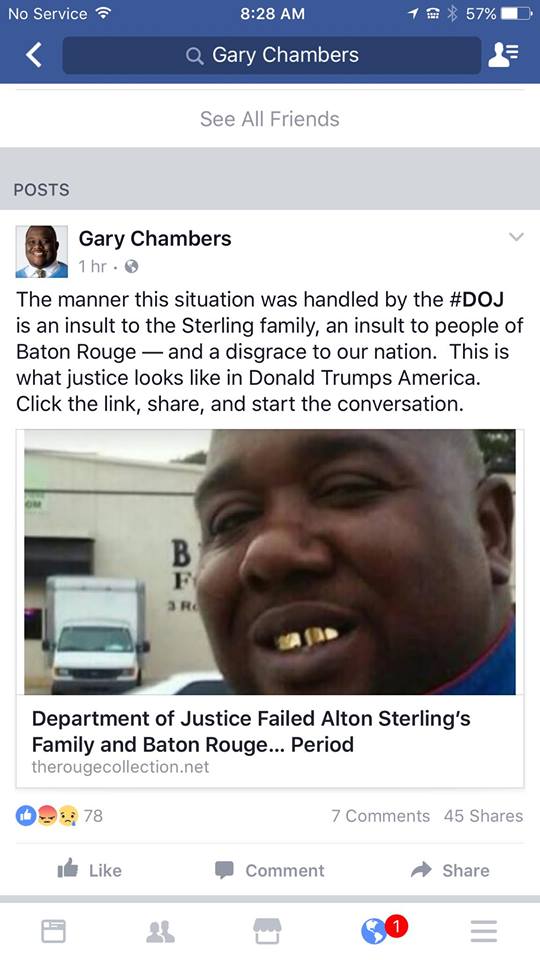 Now, Gary Chambers screaming about Donald Trump following a decision on Alton Sterling’s shooting was almost inevitable. Short of Salamoni and Lake being charged with violating Sterling’s civil rights you can count on Chambers howling. But he’s howling specifically about the family not being notified first – and while he’s 100 percent wrong, because they are notifying the family before making the announcement, the practical effect of the leak is everybody knows the substance beforehand.

That isn’t what Trump and Sessions wanted. What they would want would be for all the focus to be on the substance of the case and the quality of the reasoning behind not charging the cops. Now they get to take heat for the leak.

And the leaker, who was angry that the cops weren’t charged – or perhaps just opportunistic in seeing a way to embarrass the Trump administration – got to sip a celebratory cocktail after the Washington Post piece hit the internet yesterday.

The guess here is some Obama holdover in the Civil Rights division of the DOJ is going to get unceremoniously dumped out of a job by the end of the week. Maybe more than one.