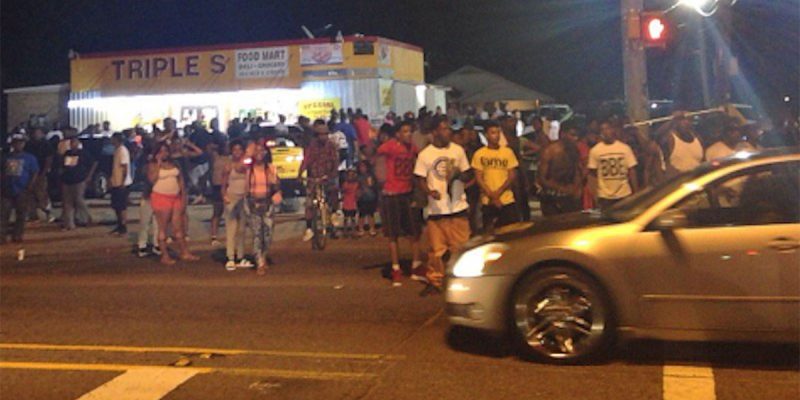 When Baton Rouge police chief Carl Dabadie took to the airwaves on Talk 107.3 FM this morning to talk about the Alton Sterling announcement, he didn’t have much to say about when it would come down. Neither did East Baton Rouge Sheriff Sid Gautreaux, who told the Baton Rouge Advocate he did expect some action this week.

Baton Rouge Police Chief Carl Dabadie Jr. said on a local radio show Tuesday morning said that he does not know if his department will receive advance warning ahead of the U.S. Department of Justice decision on Alton Sterling.

“I would like to think that we would get some advance warning as to when it’s going to come out, but as of now, we haven’t gotten anything,” Dabadie said on WBRP-FM Talk107.3.

Sheriff Sid Gautreaux said that he is expecting a decision this week.

“All I know is that the decision is forthcoming,” Gautreaux said on Talk 107.3. “What that decision is, we have absolutely no idea. We’re ready and waiting. I personally feel like the decision will be known to everyone this week, but for what day it’s going to be, we have no idea.”

It’s a strange sense of uncertainty, as virtually everyone in politics and media in Baton Rouge has heard from someone in law enforcement that this week was the week for the Sterling announcement, and even that today was the day, but yet neither Dabadie nor Gautreaux is equipped with a timetable for the announcement even as both agencies are clearly gearing up for it.

And it isn’t that they know but aren’t telling. They don’t know. Here’s the full interview Dabadie did with the station and hosts Bill Profita and Kevin Gallagher…

Meanwhile, there was Congressman Cedric Richmond, who represents parts of Baton Rouge, sounding irritated as he said there was no timetable for a decision after demanding one from the Justice Department last week.

What’s also confusing about this Sterling announcement is that no one seems to know who’s in charge of the decision.

It’s the Department of Justice’s call. What does that mean?

Does it mean Acting U.S. Attorney for the Middle District of Louisiana Corey Amundsen is making the call?

Is it going to run through the Civil Rights Division at the Justice Department in DC?

Does it run through the White House?

The Sterling decision has national implications. It’s conceivable it’s a White House decision, though that’s a level of management one might not expect from Donald Trump.

There is a vacuum of information surrounding the Sterling decision, and it seems clear now that nobody at the local level with the possible exception of Amundsen’s office has a line on what will happen or when.

All of which is very confusing, particularly at a time when Baton Rouge totters on the brink of racial chaos and has already suffered greatly from violence brought on by racial hatred with the deaths of three police officers last summer. Worse, the city’s murder rate is up 80 percent over last year and there are lots of questions about whether the local leadership can handle ordinary challenges much less what’s at stake with the Sterling case.

With the animus created downriver with the monument controversy, perhaps this is a bad day or week for the Sterling announcement to come down regardless of everyone’s expectations. But there is no indication things will get better the longer DOJ waits to get this over with.

Interested in more news from Louisiana? We've got you covered! See More Louisiana News
Previous Article Today Is A Really Bad Day To Do The Alton Sterling Decision
Next Article BREAKING: Alton Sterling Announcement Coming Within 24 Hours; No Charges For Police