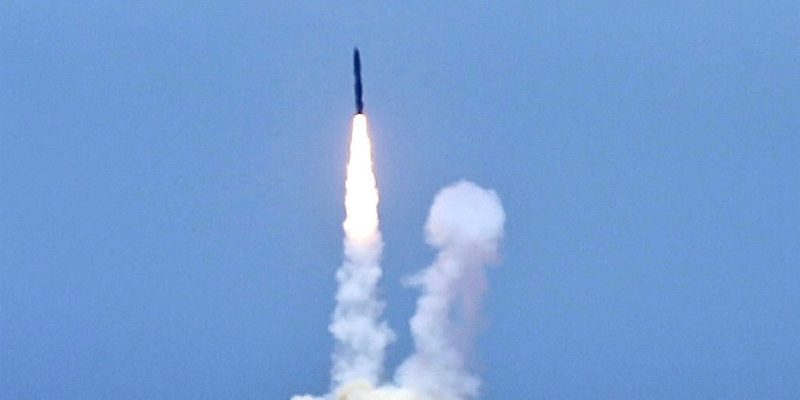 So today’s test at Vandenburg Air Force Base in California, where a cruise missile was shot down in midair, was probably more of a political show aimed at North Korea’s provocateur dictator Kim Jong Un and his never-ending missile tests aimed at threatening Japan and South Korea than anything else. That’s not to say it was unimportant, though – this was a successful test of a missile defense system knocking down an ICBM, which is a bit more difficult than what AEGIS killing anti-ship missiles and Iron Dome blowing Scuds, Qassams and Katyushas out of the sky.

Vice Adm. Jim Syring, director of the Pentagon agency in charge of developing the missile defense system, called the test result “an incredible accomplishment” and a critical milestone for a program hampered by setbacks over the years.

“This system is vitally important to the defense of our homeland, and this test demonstrates that we have a capable, credible deterrent against a very real threat,” Syring said in a written statement announcing the test result.

Philip E. Coyle, a former head of the Pentagon’s test and evaluation office and a senior fellow at the Center for Arms Control and Non-Proliferation, said Tuesday’s outcome was a significant success for a test that was three years in preparation, but he noted that it was only the second success in the last five intercept attempts since 2010.

“In several ways, this test was a $244 million-dollar baby step, a baby step that took three years,” Coyle said.

The most recent intercept test, in June 2014, was successful, but the longer track record is spotty. Since the system was declared ready for potential combat use in 2004, only four of nine intercept attempts have been successful.

“This is part of a continuous learning curve,” said Navy Capt. Jeff Davis, a Pentagon spokesman, ahead of Tuesday’s test. The Pentagon is still incorporating engineering upgrades to its missile interceptor, which has yet to be fully tested in realistic conditions.

So here’s what you’ll see on the video…

In Tuesday’s U.S. test, the Pentagon’s Missile Defense Agency launched an interceptor rocket from an underground silo at Vandenberg Air Force Base in California. The target was an intercontinental-range missile fired from a test range on Kwajalein Atoll in the Pacific.

According to the plan, a 5-foot-long “kill vehicle” released from atop the interceptor zeroed in on the ICBM-like target’s mock warhead outside Earth’s atmosphere and obliterated it by sheer force of impact, the Pentagon said. The “kill vehicle” carries no explosives, either in testing or in actual combat.

The target was a custom-made missile meant to simulate an ICBM, meaning it flew faster than missiles used in previous intercept tests, according to Christopher Johnson, the Missile Defense Agency’s spokesman. It was not a mock-up of an actual North Korean ICBM, and details of its exact capabilities weren’t made public.

And now, for the show…