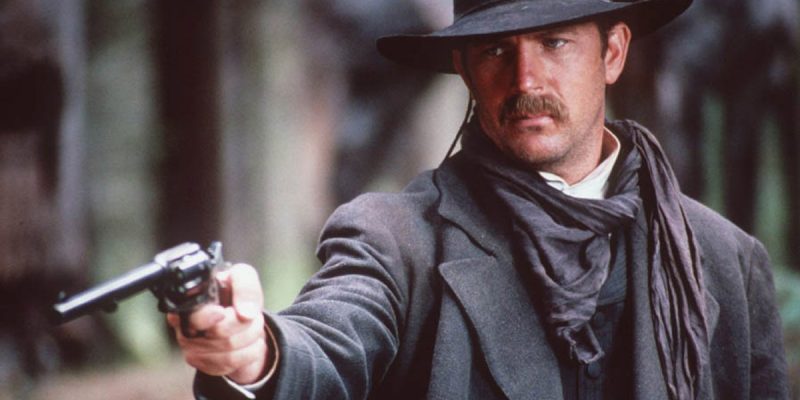 Does Baton Rouge Chief of Police Carl Dabadie remind you of Kevin Costner? Perhaps not at first glance, but give it some thought.

Here’s something which might help to make the connection…

Blaine Salamoni, the Baton Rouge cop who shot Alton Sterling as the latter struggled for a gun in his pocket during a July arrest last year, will make for a fair-to-middling Tommy Behind The Douce in this analogy, considering that Baton Rouge mayor-president Sharon Weston Broome has engaged in attempting to run a lynch mob up to Dabadie’s office. Broome demanded Salamoni’s firing last week, a nakedly political please-the-mob move that she knew had no substance behind it since civil service rules afford Salamoni due process before any such move can be made.

Not to mention the fact that while the Justice Department report on the Sterling shooting threw a bit of shade on Salamoni’s conduct the night of the shooting, specifically complaining about his having made physical threats against Sterling in an effort to secure his compliance to be searched for the weapon mentioned in the 911 call that brought the police to him, that report fundamentally exonerated Salamoni in the shooting of Sterling for a very simple reason – DOJ was satisfied that video of the incident showed Salamoni had reason to believe Sterling was going for a gun when the officer shot him.

Meaning that Salamoni might well be exonerated when BRPD finally gets around to its internal proceedings on the issue, which won’t even come due until the Louisiana Attorney General’s office is finished with its own investigation. Broome’s demand is both premature and inappropriate, and she knows it.

So does Dabadie, who as politely as possible reminded her of that in a letter released yesterday… 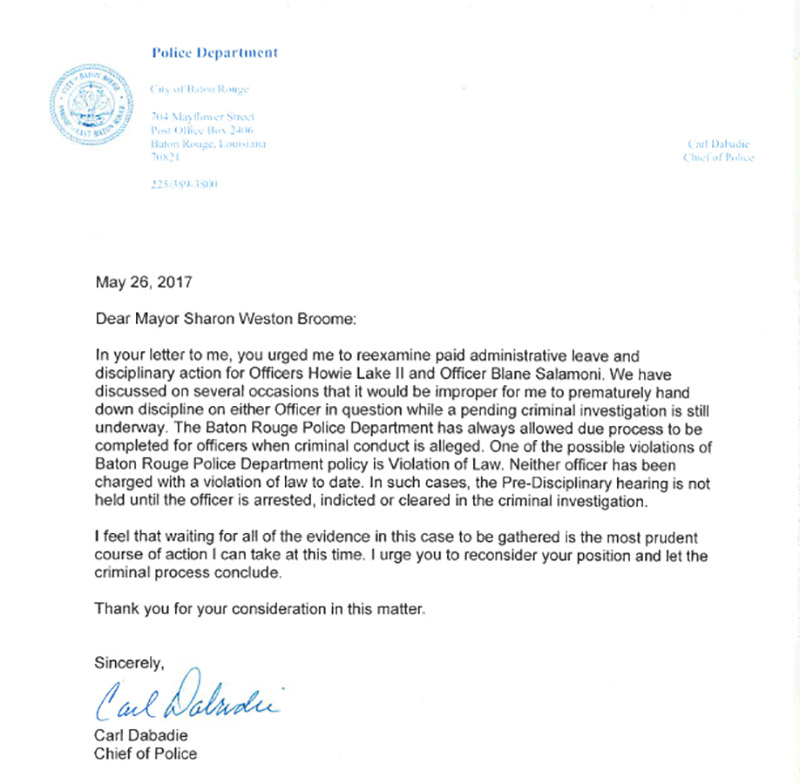 This issue is, most observers will opine, the eventual impetus for Broome’s long-stated attempt to fire Dabadie and put her own hand-picked police chief in the job. She’s going to claim he’s running a racist police force and call that cause for his ouster.

Politically, and particularly with her voting base, that might be a profitable stance. But it’s likely to cause a controversy that further tears Baton Rouge apart along racial lines.

Interested in more national news? We've got you covered! See More National News
Previous Article VIDEO: Schroder Says The Shawn Wilson Fiasco Is Exactly Why The Gas Tax Deserved To Fail
Next Article APPEL: Instead Of Raising Taxes, Why Not Do Something About Medicaid Fraud?