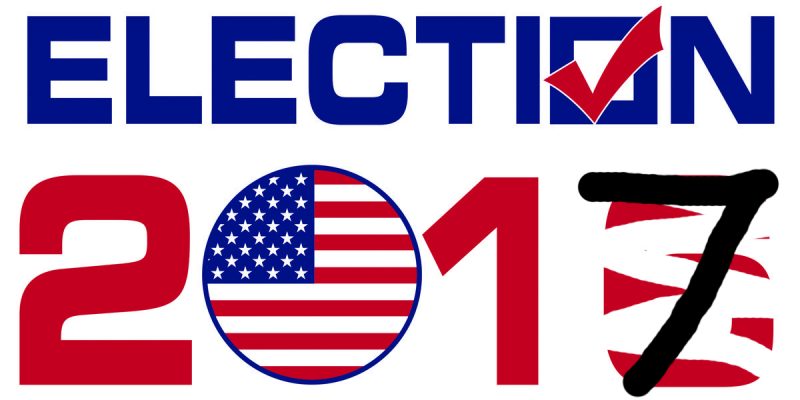 Most states have their elections for governor and the legislature in even numbered years, primarily during the mid-term of the presidential cycle.

And then you have the oddballs that handle their state electoral business in odd numbered years.

Kentucky, Mississippi, and Louisiana vote for state officials the year before the presidential election while Virginia and New Jersey hold their state races the year after.

2017 should have been a year where the voters get to take off from their civic duty after three straight years (US Senate and Congress in 2014, Governor and the Legislature in 2015, and President, US Senate, and Congress in 2016).

But we will be hitting the polls again this fall. At least we are suppose to be hit the polls, though nobody is overly optimistic about a respectable statewide turnout.

John Kennedy’s election as US Senator in last December’s runoff triggered a special election to fill the remaining two years and change on his term (first assistant treasurer Ron Henson succeeded Kennedy in December and will hold the office until a replacement is elected).

Another special election was called for the Public Service Commission in the 13 parish Baton Rouge-Lafayette district vacated by Scott Angelle, who took a job in the Trump Administration, though that is unlikely to add to the abysmal projected voter participation statewide.

And then there is the big one: the race for Mayor of New Orleans.

Brawl About the Election Date: The League of Women Voters Trumps Landrieu

Since 1990, elections for mayor were held in February and March.

One day I am going to have to research what geniuses crammed major elections in New Orleans in the midst of Mardi Gras and create a “Bad Idea Award” in his or her honor. Between the logistical issues, voter access problems (or put another way, civil rights), and the distraction of giant papier mache and canvas floats rolling down the city’s major thoroughfares, you’d swear the powers that be didn’t want people to actually vote.

The League of Women Voters decided to do something about this absurdity of democracy, and pushed the legislature and the city to move the date back to the fall, when most voters are accustomed to casting ballots.

Everything was fine with this sensible shift in election dates until Mayor Mitch Landrieu decided to delay the change until after his term ended.

The League wasn’t buying it and speculated to the press that city’s tricentennial celebration may have something to do with the renege on the election dates.

Perhaps “His Honor” did not want to share the stage with a future “Her Honor,” since a new mayor will have been elected months before the event. To their credit, the League “insisted”, persisted and prevailed. Good for them.

And if the outgoing mayor feels a bit awkward having to work into his production the incoming mayor then he will have had a small taste of what many people have experienced during his tilting at statues and ignoring of crime spree.

A Missed Opportunity for the Democrats

Seven candidates entered the field for state treasurer: four Republicans, one Libertarian, one Independent, and one Democrat. In ordinary circumstances that would be a positive development, practically assuring the Democrats a spot in a runoff election.

However, the lone representative of the party is not a strong contender, Derrick Edwards, who finished in 8th place for US Senator last year with 51,774 votes. Edwards garnered a vote share of 2.68% and trailed the 7th place candidate (a guy named David Duke) by a few thousand votes.

You don’t need to have attended Ed Renwick’s Institute of Politics to appreciate Derrick Edwards’ chances of success.

After bowing out of a campaign for mayor he was expected to make, Democratic state representative Walt Leger was rumored to be considering a last second jump to the treasurer’s race.

I was shocked when Leger didn’t leap.

As Leger’s base will be contributing a disproportionate share of the vote statewide due to the city elections and as the mayor’s race is expected to go to a runoff, Leger would have had a political gale blowing to his back. Even in a state that’s not that friendly to Democrats, the termed out legislator would have enjoyed very favorable political terrain.

At a minimum a significant Democratic campaign could have bolstered their operation and potentially polished their brand. With no US Senate seat up in 2018 and Louisiana’s 5 to 1 Republican majority in the house delegation safe, this would have been a valuable political exercise before Governor John Bel Edwards’s re-election campaign in 2019.

But the Louisiana Democrats decided to effectively pass on this golden opportunity to demonstrate that they have something going beyond the governor’s mansion and isolated urban pockets scattered across the state.

It’s not an encouraging omen for their party.