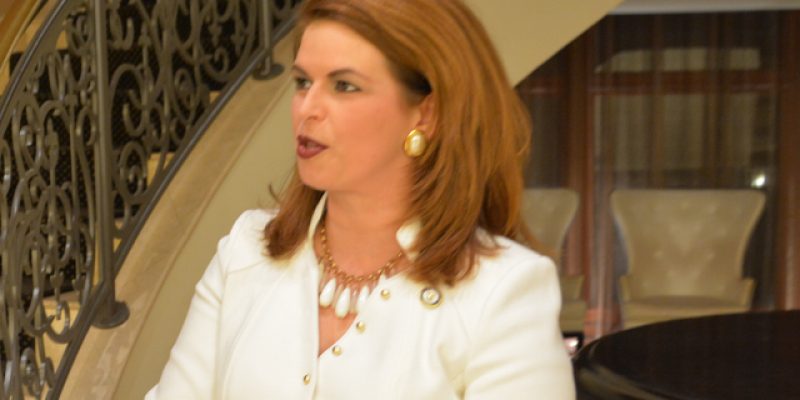 Qualifying for this fall’s races is next week, so now is decision time for the prospective candidates. And Rep. Julie Stokes (R-Kenner) has decided she won’t be one, for a perfectly understandable reason.

To my dear friends and supporters,

While my colleagues will be qualifying for the election to become Louisiana’s next State Treasurer next week, I will be starting an unexpected journey of my own.

I have been diagnosed with breast cancer.

My team of doctors has determined that I will begin at least 5 months of chemotherapy treatment. So, instead of running for State Treasurer to help get our state’s fiscal house in order, I will focus on fighting and winning my battle against cancer and spending quality time with my loving family who mean the world to me.

As State Representative for District 79, I will continue to work on our budget, tax policy, and reforms to find ways to grow our economy. My passion to lead our state through this fiscal crisis remains healthy, true and undeterred.

By the time of the 2018 Legislative session, I will be energized, focused and ready to roll up my sleeves and help lead our state out of its current slump.

Finally, I deeply appreciate the kind words and support that I have received thus far and especially want to thank those who have personally struggled with and conquered breast cancer for their encouragement. I look forward to talking with more of you as soon as we return from a much-needed family vacation.

As this new chapter in the story of my life begins, I know that by placing my faith in our Lord, I will conquer cancer and gain strength from facing down all the twists and turns it will present.

Thank you always for your love and support.

Obviously, we wish her the best in her upcoming fight, which is a lot more important than some political office.

There is no Democrat of note in the Treasurer’s race, the interesting if hopeless Derrick Edwards notwithstanding, and much of the buzz around the race was that Stokes was something of a stand-in for one given her cordial relationship with Gov. John Bel Edwards.

With Stokes out, there are only three major candidates in at present – former Rep. John Schroder, who probably stands to benefit most from her departure from the race given his status as a fellow New Orleans-area legislator, Sen. Neil Riser (R-Columbia), who looks like the North Louisiana candidate, and former Jindal Administration Commissioner of Administration Angele Davis of Baton Rouge, who would appear to represent what’s left of the former governor’s political faction. Davis’ candidacy would stand to gain some support from Stokes’ decision not to run.

If that field seems incomplete to you without some Democrat with name recognition – a Caroline Fayard, a Walt Leger, even a Rob Marionneaux, somebody – you’re in our camp. We’ve got to think someone with a D next to his or her name will get in, if for no other reason than the Democrat political consultants in the state aren’t going to let a statewide race go by without running somebody and getting paid to do it.

But we’ll find out whether that’s true next week. For now, the treasurer’s race is a bit more closely defined.

Interested in more national news? We've got you covered! See More National News
Previous Article Baton Rouge Rapper Makes Headlines, Again, For Beating And Attempting To Strangle His Girlfriend
Next Article Join Us In Metairie On August 9 For The Hayride Summer Dinner!