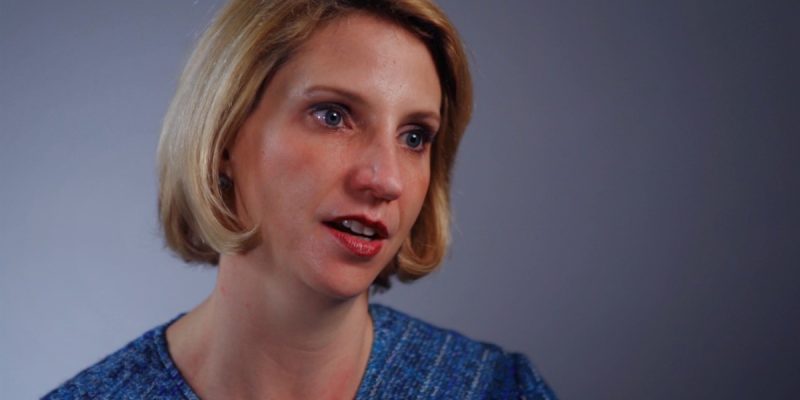 That’s the substance of a Washington Post article from Monday which appeared yesterday as a reprint at NOLA.com. Gee, the unhinged leftist and sometimes-present head of the horribly-mismanaged Louisiana Department of Health, proposes to use the federal government to practice that theft, but theft it is.

Essentially, the situation is this – Louisiana has an enormous population of people with hepatitis-C, a viral disease might is mostly contracted through the sharing of needles for intravenous drug use. We’re talking about junkies who are using heroin here, and there are some 35,000 of them in the state. And as you might imagine, this population is disproportionately poor and therefore is on Medicaid – more so now thanks to Gov. John Bel Edwards’ decision to expand Medicaid from the poor to the lower middle class.

And treating hep-C is costly as hell. There are drugs which can effectively do it, developed at a colossal cost by America’s pharmaceutical industry, a cost which was greatly inflated by the bureaucracy and red tape of the federal government, and the price of those drugs reflects that cost.

Therefore, for Louisiana’s Medicaid program to treat the poor people with hep-C is monstrously expensive. The state can’t afford it. Not even with a $12 billion budget for the Louisiana Department of Health. LDH calculates that to treat all 35,000 of those hep-C patients would cost $764,000,000. That’s $764 million in case the zeroes boggle your mind.

How to fix the problem? Get the federal government to steal the drugs and pass them out, that’s how.

A handful of powerful new medicines offer high cure rates and few side effects. But because the drugs also launched with staggering list prices – as much as $94,500 for a 12-week course of treatment – Louisiana and other states have decided to ration care to Medicaid patients, waiting for people to get severe liver damage before providing access to the medicine.

Now, Gee is considering a radical move to get treatment to the thousands of Louisiana residents who need it but are not sick enough to qualify – asking the federal government to step in to drive prices down, perhaps by overriding the patent protections drug companies hold over the medicines.

“This should be the low-hanging fruit,” Gee said. “What frustrates me as a public policymaker is I can’t solve public-health problems that should be the easy ones.”

Gee will decide over the coming months whether to move forward with the controversial strategy. Gee could ask the federal government to invoke a little-known law that allows it to employ companies’ drug patents for the government’s use. After essentially overriding the patents, the government could pay the companies as little as $1,000 for a 12-week course of treatment.

The rationale here, on the surface, is simple. There are sick people, the government could treat them and make them well, so whatever needs to be done ought to be done. That rationale even attracts the academics the Post contacted for comment about this story.

“Secretary Gee is . . . directly challenging the power of a drug company to essentially determine who lives and dies by pricing products so high that she can’t buy them for her population,” said Sara Rosenbaum, a professor of health law and policy at George Washington University. “It puts the issue into a much clearer posture than just sitting around saying, ‘We can’t afford these drugs for poor people.’ ”

At the moment, that is Louisiana’s stance. Despite receiving rebates to ameliorate the high list prices, the state says it can afford to pay for treatment for only the patients with significant liver damage, at high risk of progressing to cirrhosis and organ failure. Last year, that meant only 324 of the state’s estimated 35,000 Medicaid or uninsured patients who are infected.

You take by force what was created under the expectation of a free-market exchange, and you have destroyed that free-market exchange. The “evil” drug companies you accuse of profiteering on life-saving – one might even say miracle – products they’ve created will simply trash their research and development arms, because they’ll now have the expectation that they won’t recoup the investment on those drugs. Instead they’ll produce what they’re currently producing and that’s it. Or what they’ll research is drugs to reverse wrinkles or belly fat, because those won’t be stolen by bureaucrats like Rebekah Gee. In fact, don’t be surprised in the least if this discussion alone disincentivizes those drug companies from pouring resources into new treatments for diseases disproportionately affecting Medicaid recipients and other poor people.

And that’ll be the end of finding a cure for cancer, or better treatments for heart disease, diabetes or any of the other fatal maladies medical science is inching toward breakthroughs against.

This is how you destroy our competitiveness in the world. American drug companies aren’t saints, but neither are they the demons the Left won’t stop making them out to be. If they’re charging $94,500 for a course of treatment to hep-C patients, there’s a reason for it, or rather multiple reasons. For one thing, that’s a reflection of what it cost to produce that treatment, and much of that came from the regulatory requirements the government imposed. For another thing, that high cost reflects a lack of competition in the marketplace, something which the government has produced by making it prohibitively expensive to run a pharmaceutical company. For a third thing, the government has built a health care system in which the consumer isn’t the one paying for products and services, and so everybody inflates their prices. The article goes on to discuss the drug companies’ response to the breathtaking prices of the hep-C treatments…

Gilead, a company that has projected between $7.5 billion and $9 billion in sales for 2017 for its hepatitis C drugs, says federal intervention would threaten future progress.

In a statement, the company said the proposal “puts in jeopardy further medical innovation by undermining the patent system and de-incentivizing research and development.” Gilead said that the state’s predictions of the budget impact are unrealistic, based on the idea that the entire infected population could be screened, treated and connected to treatment in a year. Gilead offers states that do not restrict access to treatments deep discounts – less than $30,000 for a 12-week treatment.

Merck spokeswoman Pamela Eisele said the company had already introduced its treatment, Zepatier, at a significant discount to competitors – $54,600 for a 12-week course – and offers additional rebates.

Markeisha Marshall, a spokeswoman for AbbVie, said the $83,319 list price for that company’s drug does not reflect discounts or rebates.

In other words, demanding that the federal government steal from the drug companies doesn’t have to be the first step here, or anything close to it. Gee could just negotiate a better deal. And sure, this whole thing is probably a publicity stunt in order to gain negotiating leverage. We already know that’s a specialty of the administration Gee works for – Edwards once threatened to cancel college football in Louisiana if he didn’t get tax increase, after all.

But here’s what you can count on happening. The drug companies will compete to get Louisiana’s business with respect to treating hep-C Medicaid patients, and there will be a deal made that doesn’t involve outright theft. And to recover the margins lost through Medicaid, prices to the private sector insurers will go up. Meaning that when you’re paying increased premiums every month to Blue Cross, you can say “You’re welcome” to an intravenous drug user treated for the consequences of their actions at a cost to your family both in taxes and in more expensive health insurance.

That’s what the effect of all this is. It’s why putting someone with no concept of law or economics in charge of a government agency is such a terrible idea – particularly when that someone, and the governor she works for, are perfectly fine with making irresponsible statements to the media without regard to the consequences.

Interested in more news from Louisiana? We've got you covered! See More Louisiana News
Previous Article VIDEO: NOLA.com’s Time-Lapse Shots Of The Mississippi River Are Worth A Watch
Next Article FAGAN: Protesters Across Louisiana Today Want To Stop Republicans From “Killing 22 Million Americans”