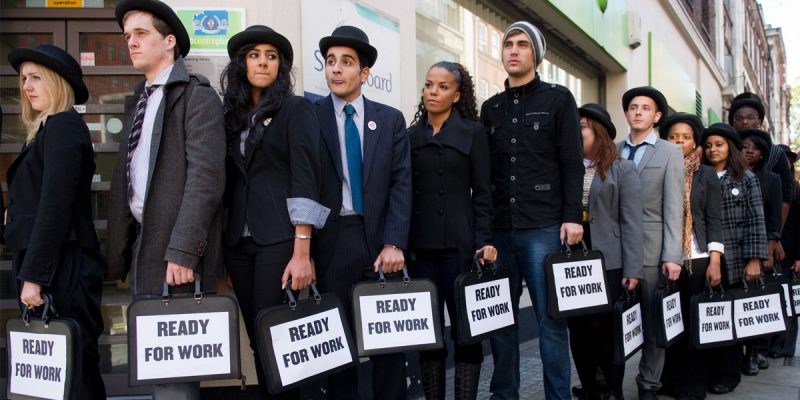 The headline above isn’t a joke, though it might seem counterintuitive that the unemployment rate should rise as part of a well-performing economy.

First, here are the numbers from the June economic report…

The U.S. jobs market added 222,000 jobs in June, the Labor Department announced on Friday, well above expectations in good news for the Trump administration, which has sought to keep focus on the economy.

The unemployment rate ticked up to 4.4 percent.

Without getting too far in the weeds, the rise in the unemployment rate is a necessary precursor to putting the country back to work.

We say this, because what’s commonly considered as the “unemployment rate” is more technically referred to as the “U3,” which is a calculation of the number of people without jobs who have actively sought employment in the previous four weeks. That’s a fairly restrictive definition of unemployment, one which presented it as exceedingly low during the Obama administration – when the nation’s economic performance was so anemic that millions upon millions of Americans simply gave up looking for work.

Accordingly, before employing all the people who can and ought to be working the economy will have to bring them back into the labor force to seek jobs.

And that’s what’s happening, which is why a rise in U3 is actually a sign of increasing economic performance. People who had given up on getting jobs are now starting to seek them again, sensing that there are jobs to be had and a better life is possible.

The Labor Department’s Bureau of Labor Statistics also said the number of employed Americans — which set records in February, March and April — set another record in June, at 153,168,000 employed.

And the number of Americans not in the labor force — after four straight monthly gains – dropped a bit to 94,813,000.

Now – the labor participation rate currently stands at 62.8 percent. That’s only four tenths of a point higher than the 62.4 percent it stood in September 2015 at the bottom of the Obama years, and there’s no clear trend yet in that number.

But there is a clear trend in job growth. The April and May job creation numbers from previous reports were revised upward by a combined 47,000 jobs, and now the economy has shot past 200,000 jobs created per month – which is the traditional mark of a healthy job market.

That would indicate the 94.8 million number is headed southward – something we desperately need to be the case if we’re going to shrink the entitlement rolls and the prison population and grow the tax base.