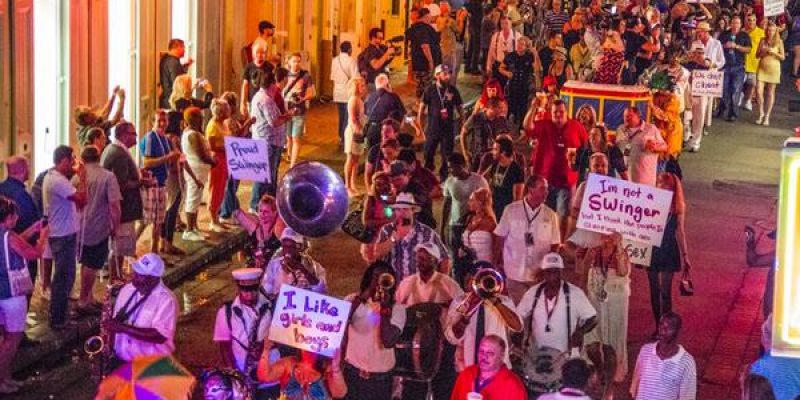 This weekend, New Orleans will be receiving an influx of tourists. However, these tourists are “swingers.” The kinky couples will be in town for the annual “Naughty in N’awlins” event.

From The Daily Mail:

More than 1,000 polyamorous couples have descended on New Orleans for the world’s largest swinging convention.

The annual Naughty in N’awlins event, held in the world famous city in Louisiana, includes a massive Sexual Freedom Parade.

The parade, which organizers claim is the biggest of its kind in the country, is aimed at raising awareness of polyamorous relationships, swinging lifestyles and ‘archaic laws outlawing sex toys’.

This is truly an “only in New Orleans” event. The “Naughty in N’awlins” event will feature a “Sexual Freedom Parade” that will promote everything from polyamorous relationships to swinging. The parade will also feature scantily and obscenely dressed people. The parade is the largest of its kind in America.

Some of the participants are going to be campaigning for the rights of polyamorous and other couples. They believe they should be entitled to the same benefits and legal status as monogamous couples. But they forget the reason why monogamous couples are given benefits under the law. Monogamy is a key component of building a stable family unit.

Advocates of poly rights believe that monogamy is not natural. However, monogamous relationships have been the norm in Western culture for thousands of years. The reason why is because people are possessive by their nature. The possessiveness is mitigated by entering a committed, monogamous relationship. Monogamy has become natural over the decades.

Monogamy is also healthier than poly relationships. There is less risk of disease for example.

The swingers coming to New Orleans are going to have a lot of fun and parade this weekend. But there are reasons why they are outside the norm.