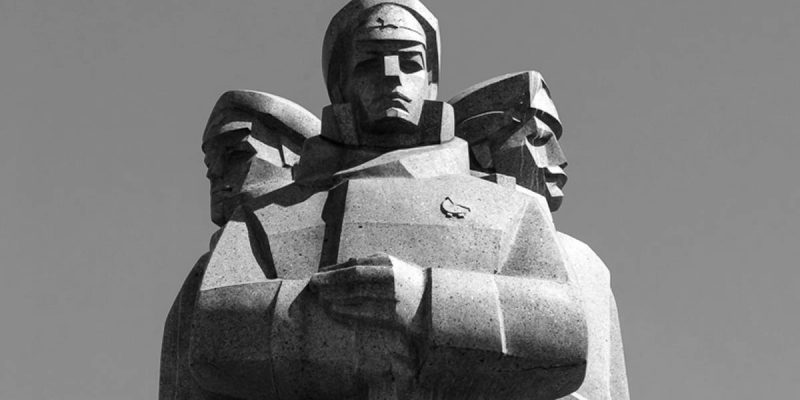 Latvia is a relatively small country along the Baltic Sea, with a population half that of the state of Louisiana.

For most of the past 500 years, Latvia fell within the domain of one of its most powerful neighbors, alternating between Sweden, Poland, and Russia.

But after the abdication of the Tsar during the Russian Revolution and the defeat of Imperial Germany in the Great War, Latvia along with her sister Baltic states Lithuania and Estonia, achieved independence, though it turned out to be fleeting

Roughly twenty years later Hitler and Stalin agreed to split Europe, with Latvia becoming an unwilling constituent republic of the Soviet Union. Nazi Germany later seized the Latvia SSR before the Soviets took it back on their drive to Berlin.

For 45 years Latvia remained a captive state within the USSR (as opposed to being a slightly more autonomous Soviet satellite like Poland or East Germany).

Latvia’s capital Riga is one of the prettiest cities in Europe, with winding cobblestone roads running between immense church steeples and commercial buildings that date back over a half millennium.  Riga has a similar feel to Prague with a great bar and live music scene. It also claims to be the birthplace of the Christmas tree.

Surprisingly, Riga is also home to plenty of Soviet era monuments, many of which remain on their original pedestals despite atrocities committed against the Latvian people during the occupations.

On June 14-15, 1941 more than 15,000 Latvians were deported to Soviet GULAGs in Siberia and other inhospitable niches in Russia.  After the Red Army retook Latvia from the Germans, another 42,000 Latvians were hauled away on crowded railcars.  Tens of thousands more would be arrested and tortured by the KGB and other branches of the state before the collapse of the Soviet Union.

Furthering Moscow’s ethnic cleansing program that was designed to definitively destroy any sense of Latvian national identity, Soviet authorities would move 700,000 people into the country to dilute the native population.

And in a further twisting of the dagger, Soviet authorities crashed the Latvia economy by arbitrarily declaring the ruble equal to the Lat despite the fact that Latvian currency was three times more valuable than Soviet money.

And while most eastern European countries managed to cast aside the Soviet yoke without direct violence, that would not be the case in either Latvia or Lithuania.

There was nothing Velvet about this revolution as advocates for independence were gunned down.

While Riga removed many symbols and reminders of the misery that was the Soviet occupation, including statues of Lenin, Latvian officials allowed other Soviet-era memorials to remain in their “socialist realism” glory.

A statue representing the “Bloody Sunday” Latvian peasant revolt in 1905 that was put down by the Tsar’s soldiers was unveiled along the east bank of the Daugava River in 1960 and remains just as it was.

Not far away in Old Riga stands an imposing granite statue depicting the Red Latvian Riflemen, Lenin’s bodyguards.  Across the river is a colossal Red Army victory monument that is over 200 feet tall and is flanked with enormous statues of Soviet soldiers in heroic poses. Perhaps most insulting are the dates etched into the base, 1941-1945.

The earlier year marks the invasion of the USSR by Hitler, though for Latvians, World War II started with the Soviet invasion of their country the year before.

There are other Marxist cultural memorials in parks that have been left alone.

The Latvians produced interpretative plaques to put the remaining Communist monuments into proper context.  In the case of the decidedly Soviet-looking riflemen statue, they transformed the building behind it into their museum detailing the Soviet occupation.

They also preserved the former KGB jail where dissidents, actual and just suspected, were interrogated, imprisoned, tortured, and in some cases executed.  The facility was converted into a museum that tells the story of the horrors that took place within the bloodstained walls.

In a park where Latvian citizens battled heavily armed Soviet police, the country placed rocks etched with the names of those who died during the January 1991 demonstrations.  Outside the parliament stands a monument to those who manned the barricades.

With the exception of the statues celebrating the odious Lenin, the father of tens of millions of murders in the name of the dictatorship of the proletariat, Latvia added to their history instead of subtracting from it. For every Soviet monument they left standing, they built new ones that told the full story of the repression of their country.

Considering many of the victims of Communist atrocities are still alive, Latvians made the difficult yet  wise decision to not erase the past, even though the Soviet memorials were intended to convey images of glory to mask the much harsher truths of the time.

Latvians are content to let individuals to judge the people and causes being memorialized in granite, marble, and bronze. They don’t need a wrecking ball to speak for that era.

And it would be a false analogy to compare the Soviet monuments to the Confederate memorials that once stood in New Orleans.

First and foremost, anyone who can compare the Confederacy to the Soviet Union knows little about either. And ironically many of those involved in the fight to bowdlerize the Confederate monuments are themselves Marxists.

Confederate monuments were primarily paid for and supported by local citizens who wished to honor the heroes of their region and state.  In contrast Soviet monuments were imposed on Latvia by a foreign government that attempted to Communize a sovereign nation and Russify a distinct people and culture.

Though they don’t represent the most joyful chapter, those Soviet statues are part of Latvia’s national story and a reminder of what the alternative to freedom is.

People can learn from these Soviet relics of the not so distant past; the only lesson that can be gleaned from the ripped apart base that once supported a beautiful equestrian statue of General Beauregard is to elect better people with proper priorities to local office.