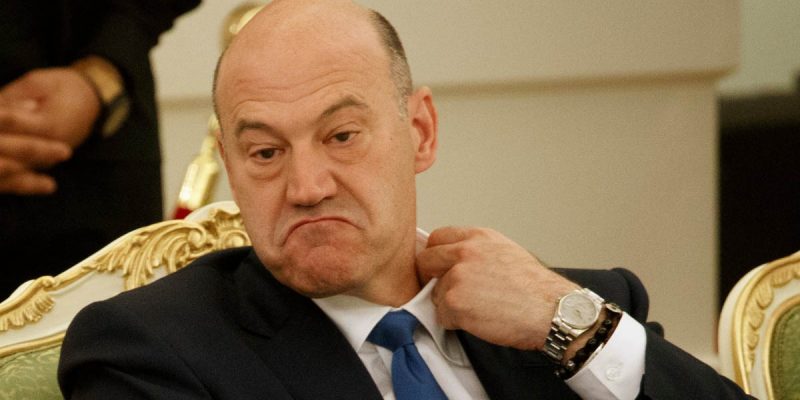 President Donald Trump is attacked on a daily basis by his enemies in the media, the political establishment, and the deep state. He is under unrelenting assault, more so than any other U.S. President in recent history.

Usually, even a besieged President can count on support within the ranks of his top advisers. While they may disagree in private, top administration officials have an obligation to present a unified front to the American people. However, when a President starts getting attacked by a member of his own administration, it is time to fire that untrustworthy individual and demand loyalty of everyone else.

If the appointee is not fired, he should have the decency to resign if he cannot publicly support the President. A principled letter outlining the reasons for his resignation is what National Economic Council Director Gary Cohn should have delivered to President Trump.

Cohn, a former Democrat, was dissatisfied with the President’s balanced criticism of “both sides” in the aftermath of the riots in Charlottesville, Virginia. Instead of keeping his complaints private, Cohn gave a controversial and utterly unhelpful interview to the Financial Times blasting the President while inferring his own moral superiority. According to Cohn, “This administration can and must do better in consistently and unequivocally condemning these groups and do everything we can to heal the deep divisions that exist in our communities.”

Of course, Cohn was referring to the KKK, neo-Nazis and white supremacists who attended the initial Charlottesville rally. He is right, the groups must be vigorously denounced, which is why the President condemned them multiple times. How many more times must the President criticize the hateful beliefs of these groups before it satisfies Cohn and the liberal media?

What really upset Cohn and all of the other Trump critics is that the President also criticized the “Alt-Left” groups who participated in a counter-rally in Charlottesville.  In the Financial Times interview, Cohn laughably said “Citizens standing up for equality and freedom can never be equated with white supremacists, neo-Nazis, and the KKK,”

The “Alt-Left” protesters in Charlottesville included people who engaged in a variety of violent activities such as throwing bags of urine and feces and using pepper spray and bats to assault people. They also attacked innocent journalists, a photo journalist for a local TV station and a reporter for The Hill, who were trying to cover their activities.

The “Alt-Left” counter demonstrators in Charlottesville included anarchists, socialists and communists who subscribe to a deadly ideology that has caused the death of untold millions of people around the world. It is an ideology of evil that should be criticized by President Trump and everyone in his administration, including Gary Cohn.

Instead of telling the truth about the “Alt-Left” protesters, Cohn decided to launch a public attack against the President, who has been unfairly criticized by his enemies in the liberal media since the day he entered the presidential race on June 16, 2015.

The leftist angels that Cohn believes were just “standing up for equality” have been assailing Trump supporters at rallies for two years. The latest incident occurred in Phoenix, Arizona on Tuesday night. The protesters even chucked rocks and water bottles at police. Eventually, they had to be dispersed with tear gas.

These “Alt-Left” groups are spearheaded by the notorious band of thugs known as Antifa (anti-Fascist). While Cohn and his liberal colleagues in the media and the Beltway think the group is fighting for “freedom,” a growing number of Americans strenuously disagree. In fact, a recent White House petition demanding that the Pentagon label Antifa a terrorist group “on the grounds of principle, integrity, morality and safety” has accumulated over 302,000 signatures in only eight days.

The petition states, that terrorism is “the use of violence and intimidation in pursuit of political aims” and that the definition applies to both “ISIS and other groups” as well as Antifa. It affirms that Antifa “has earned this title due to its violent actions in multiple cities and their influence in the killings of multiple police officers throughout the United States.” As noted in the petition, the record of Antifa violence, harassment and intimidation is well documented at events throughout the country – they’re enemies not just of the president but of law and order and American society as a whole. As the President courageously declared, their violent behavior undoubtedly contributed to the chaos and turmoil in Charlottesville. Sadly, Gary Cohn does not want to admit this reality for he prefers the illusion of political correctness.

Reportedly, in the aftermath of the President’s Charlottesville comments, Cohn was under intense pressure from his Wall Street friends (Trump’s enemies) to resign from the administration. He should have done the President and the country a big favor by succumbing to the pressure.

Interested in more national news? We've got you covered! See More National News
Previous Article Could John Kasich Finally Be Making Himself Useful?
Next Article APPEL: Where Is Louisiana’s “Go To The Moon” Challenge?