The media and the elites have been arguing for the removal of Confederate statues from public squares for a couple of years now. They have been trying to portray both the monuments and their supporters as racists. However, there are a couple of polls released today that show it is not resonating with the American people.

First up, The Economist has a YouGov poll out that asked a couple of questions on the Confederate monuments. The first question asked whether or not people see Confederate symbols and monuments as racism or Southern pride. 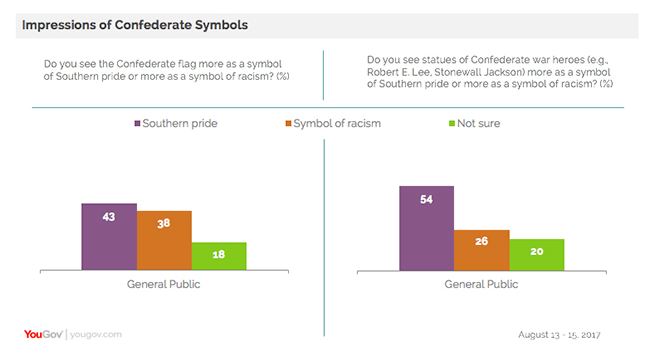 Now it should be noted that there is a large racial gap in how these symbols are perceived.

YouGov also asked about the Charlottesville Robert E. Lee statue itself and whether or not it should be removed. They found that a plurality of Americans opposed its removal. 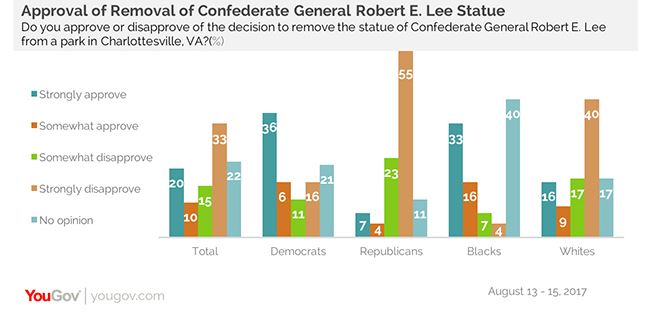 A second poll confirms that the American people are not on board with removing Confederate monuments. A poll sponsored by NPR and PBS Newshour from Marist College showed that a strong majority of Americans oppose removing the monuments.

As in the YouGov poll, there is a racial gap involved as well that should be noted.

African-Americans are divided on the question — but a plurality agree they should stay, 44 percent to 40 percent. Two-thirds of whites and Latinos believe the statues should remain as well.

Exit question: Does this end the Mitch Landrieu for president chatter? After all, his entire presidential campaign is based on removing the monuments.