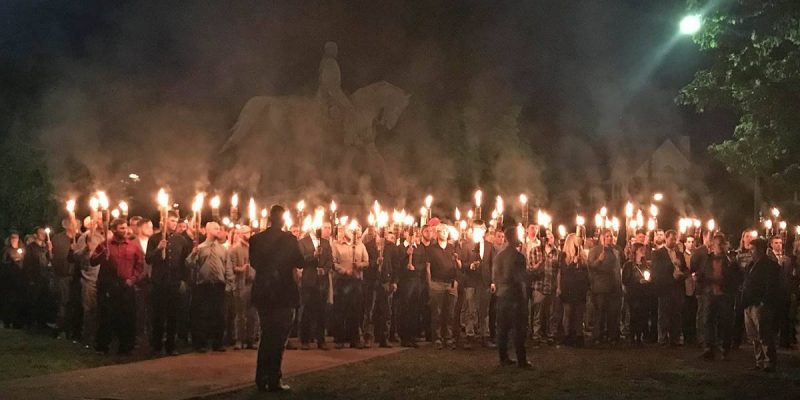 “Let us work to build a nation that is free of racism, full of opportunity, and determined to loosen the creative energies of every person of every race, of every station, to make a better life.” – Ronald Reagan

Shortly after the deadly encounter between white nationalists and counter protesters in Charlottesville, VA a former Texas A&M student announced plans for a “White Lives Matter” to be held at his alma mater on Sept. 11th. Alt-Right leader and noted racist Richard Spencer was to be a speaker at the event.

The organizer, Preston Wiginton, had also brought Spencer to the campus to speak in December of last year.

After the announcement, the university administration said they were trying to work with Gov. Greg Abbott and other law enforcement to ensure safety.

“While he has the right of free speech, so too do we have the right to refute those views and get on with the daily business of a world class university,” spokeswoman Amy Smith told the Battalion, the student newspaper.

The following announcement was sent to the media:

After consultation with law enforcement and considerable study, Texas A&M is canceling the event scheduled by Preston Wiginton at Rudder Plaza on campus on September 11 because of concerns about the safety of its students, faculty, staff, and the public… Linking the tragedy of Charlottesville with the Texas A&M event creates a major security risk on our campus. Additionally, the daylong event would provide disruption to our class schedules and to student, faculty and staff movement (both bus system and pedestrian).

According to Wiginton the alt-right event had been filed and approved by the administration two weeks earlier, but the deadly clash at Charlottesville seemed like the opportune time to announce it.

A counter protest had already been announced that was described as:

This is a nonviolent counter protest against the White Lives Matter rally being held on Texas A&M’s campus on September 11, 2017.

More than 1,200 people joined us last December to protest Richard Spencer’s speech. We hope to bring even more people outside to unite around the idea that hate, bigotry, and racism have no place on our campus.