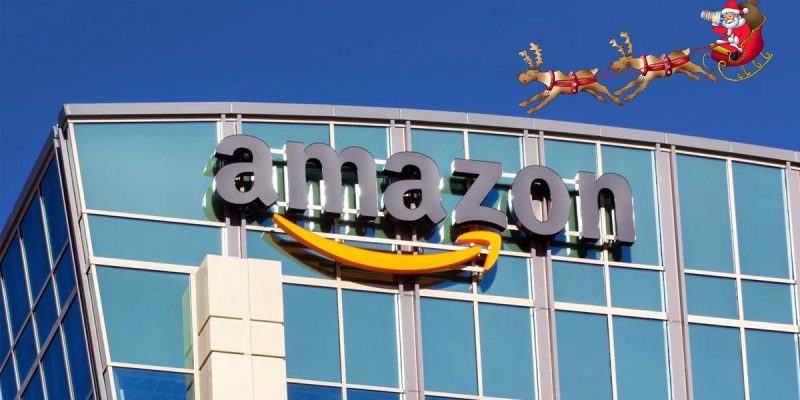 This has to be the dumbest and most delusional “high hopes” fail in modern American history. No, Amazon is not going to build an 8-million square foot headquarters facility employing 40,000 people in New Orleans over Denver, Austin or Chicago – or any of the other potential sites in North America they could choose.

If you haven’t heard about this, which would indicate you’ve been in hibernation since late last week, Amazon has announced an RFP (request for proposals) for incentive packages from local governments for what it calls “HQ2,” a headquarters facility to complement their original flagship in Seattle.

The reason for this, rather than to just grow their Seattle operation, is fairly obvious – Amazon just bought Whole Foods Market for $13.7 billion, and lots of people are starting to pay attention to the fact that this is a threat to the free market from an antitrust perspective. A few weeks ago Donald Trump, in essentially taking a poke at Amazon founder and CEO Jeff Bezos given that the latter now owns the Washington Post, which is practicing rabid and virulent attack journalism against him (some of which is founded, some is not), accused Amazon of putting tax-paying local retailers out of business. There was truth, though perhaps not in entirety, in what Trump said.

So politically it does Amazon a lot of good to create buzz about a new HQ facility to be built somewhere else, and let all the local pols across the country fall all over themselves in an attempt to land it. For one thing, they’ll negotiate against themselves to offer up the most ambitious tax incentives and corporate welfare imaginable, essentially paying one of the world’s richest men for the privilege of doing business with them, and for another, while their states are busily batting eyes at Bezos in an attempt to land “HQ2,” there won’t be any congressmen or senators on Capitol Hill from those states raising the question of antitrust issues over Amazon’s gobbling up the retail market sector by sector.

Among the criteria it will consider, Amazon says, are tax exemptions and other incentives, including relocation grants and fee reductions. “The initial cost and ongoing cost of doing business are critical decision drivers,” the company said in its request for proposals.

It added that the location does not need to be in an urban or downtown location, or a development-prepped site. The site should, however, be within two miles of a major highway and have access to mass transit. Amazon said it will give priority to existing buildings that are at least 500,000 square feet and undeveloped sites that measure about 100 acres.

“We want to encourage states and communities to think creatively for viable real estate options, while not negatively affecting our preferred timeline,” the company said.

“Relocation grants” is a prettied-up way of saying “if you want us to site our facility in your jurisdiction we’re going to charge you cash money for it.”

Mitch Landrieu has actually suggested that New Orleans would use the dilapidated old Charity Hospital building as Amazon’s new headquarters, which is hilarious. Landrieu says New Orleans also has tons of vacant land that could be used for an Amazon facility. Most of that land is vacant, of course, because it flooded during Katrina – particularly in New Orleans East, which but for all of the public policy and political factors in play there might actually make a decent geographic fit for Amazon.

Of course, what’s so amusing and absurd about this is Louisiana has the highest sales tax (state and local combined) in America, and Louisiana has the most oppressive inventory tax in America as well. Louisiana also just passed its version of the “Amazon tax” on internet commerce. Sure – the world’s largest retailer is going to fall all over itself to build a headquarters here. Yes, we know it will be a headquarters facility and not a distribution center, but if you think Amazon isn’t going to impose a public policy agenda friendly to its business model on whichever jurisdiction it locates this operation in, you’re not paying attention. They’ve more or less already said so.

Plus, Amazon cited the importance of being able to keep its employees happy. Surely a place with a progressive state income tax and public schools which suck to such an extent that you essentially have to pay your people an additional $6,000-8,000 a year extra in order that they can send their kids to private school, and where there’s an oppressive crime problem and road infrastructure insufficient to the current population, much less 40,000 more people to add to it, is not a top contender.

As absurd as all this seems, we won’t call it completely impossible. You want to know how Louisiana gets HQ2 from Amazon? Here’s how – load that company up with so much swag where tax incentives, grant dollars and free infrastructure is concerned that you’ll never again be able to complain about all the corporate welfare in the state tax code or how many “free rides” are given out to business.

This state is pathetically uncompetitive with respect to taxation and infrastructure. That’s why Texas has been kicking our ass for decades. Faint steps were made to address these issues while Bobby Jindal was governor, but he never got much beyond the drawing board where real change was concerned largely because of opposition from the very politicians in the very place now pining for HQ2. Now that Jindal is gone and an anti-business redistributionist Democrat governor has replaced him, these people think Amazon is coming.

Sure. Santa Claus and the Tooth Fairy are real, too.

Postscript: The Times-Picayune’s “conservative” columnist Tim Morris makes the case that New Orleans ought to make a play for HQ2, because why not? That’s fine, though Morris does echo the idiocy about Amazon inhabiting the Charity Hospital building and that indicates he operates from less than a position of strength. But going after Amazon would have value not in the success of the effort but in making the state and the Big Easy aware of just how pitifully far behind we really are when it comes to economic development – and maybe that will wake up some voters to the massive structural changes which have to happen if it’s ever going to be fixed.