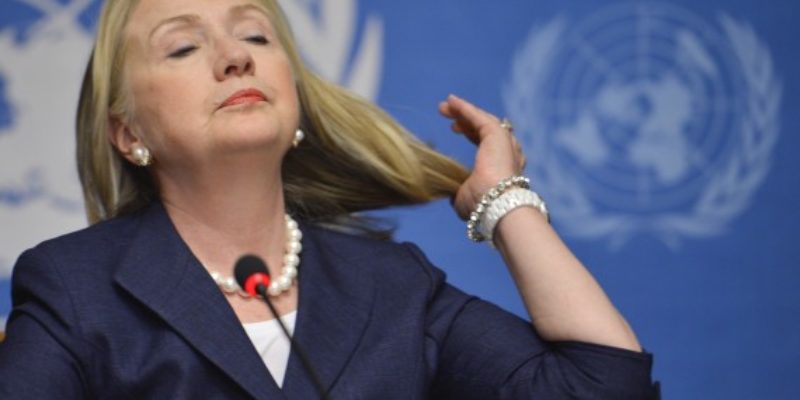 Since her ascent to the position of First Lady of the United States and onward through her political career, Hillary Clinton has been a target for those on the right-wing of American politics (a massive right-wing conspiracy, if you ask her). Her constant presence in the arena of American politics along with her questionable ethics and potentially illegal decisions have made conservatives across America irate as she continues to escape consequences again and again.

Hillary Clinton, as of the day that her new book What Happened became known to the world, officially gained another set of enemies: her former colleagues from the Democratic Party. And frankly, that’s all due to her.

Clinton in her book describes a laundry list of reasons why she lost the 2016 presidential election to now-President Donald Trump, a list that has been driving the Democratic Party mad in recent days. The former presidential nominee goes on the attack against multiple high-profile Democrats, particularly her 2016 rival Bernie Sanders, former Vice President Joe Biden, and even former President Barack Obama. According to Clinton, Sanders chose to run on “innuendo and impugning [her] character” and made unrealistic promises he never intended to fulfill, while she criticized Biden for his comments on Clinton’s failure to appeal to the white working-class voter bloc and Obama for pushing her to avoid attacks on Sanders while in the midst of a heated primary campaign. Sanders pushed back, saying that Clinton was “the most unpopular candidate in the history of the country” and advising her to move on from the past.

As expected, Clinton doesn’t just blame Democrats for her loss; she also blames, in no particular order:

While Clinton did acknowledge in her book that the decisions on the campaign were ultimately hers and “took responsibility,” she still fails to grasp key points of her loss, starting with the fact that she largely ignored the Midwest, instead focusing on traditional states like Florida and North Carolina that would ultimately go to Trump anyway. As a result, she failed to win Michigan, Ohio, Pennsylvania, and Wisconsin (of which Clinton made a total of zero visits to during her general election campaign), a total of 64 electoral votes that, if flipped, would give Clinton the presidency. She ignores the fact that she was largely out of touch with the average American voter, winning only 20 states to Trump’s 30. She ignores key slip-ups, particularly her “basket of deplorables” diss against Trump supporters, which killed any chance of a Trump supporter switching camps to vote Clinton, and she continues to blame literally anything humanly possible for what she views as their part in her loss on November 8.

Hillary Clinton in this book provided no new information as to her election loss, only more accusations. With this book, she has only killed what little support and influence she had left in the Democratic Party. Perhaps she should consider that Donald Trump and the silent majority are what happened.