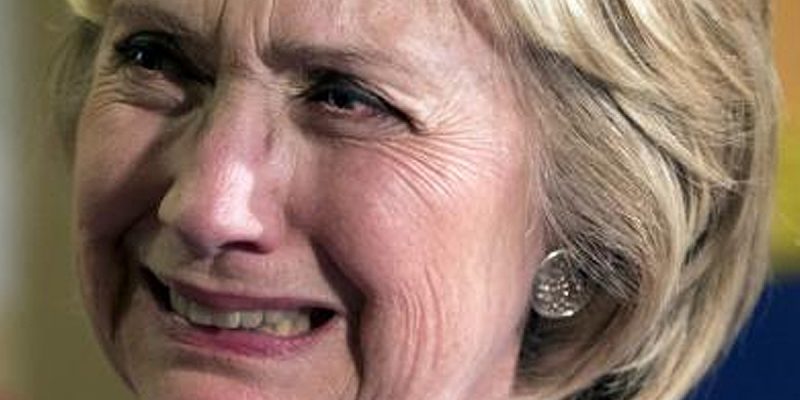 This week, the country will have to deal with another hurricane disaster as well as a national disaster, the unveiling of Hillary Clinton’s new book, What Happened. In the book, the former First Lady and Secretary of State blames a variety of culprits for her upset defeat. She is clearly a woman who is bitter and has not accepted her loss to a political novice, Donald Trump.

In the presidential race, Clinton had almost every advantage. Throughout the campaign, she outspent Trump by almost a two to one margin. With almost four decades of political experience and a husband who served as President, Clinton should have easily defeated the maverick businessman. In addition, Clinton was supported by almost all of the national news media. She was given very favorable media treatment, while Trump was regularly savaged by reporters who clearly hated him.

Despite her many advantages, Clinton lost to Trump in an overwhelming manner. The Donald won 304 electoral votes in 30 states, winning an electoral vote landslide over Hillary Clinton. While she had a 3 million popular vote edge over Trump, he did garner 63 million votes, the highest total ever for a Republican presidential candidate.

What happened to Hillary? In the book, Mrs. Clinton blames NBC “Today Show” host Matt Lauer for asking tough questions at the first televised forum of both candidates. Clinton states that she was “almost physically sick” that Lauer focused on her email scandal. Of course, Lauer had every right to emphasize an issue that was a raging controversy. Clinton mishandled top secret communications and deleted over 30,000 emails. She also told a variety of lies about the email scandal and had very little credibility on the issue. Lauer was actually doing a respectable job as a reporter digging for the truth and probing the insincere Hillary for answers.

The entire episode should have resulted in Hillary being indicted and convicted for a serious breach of national security. Instead, she was exonerated by former FBI Director James Comey; however, that did not satisfy Hillary Clinton. She was still upset that Comey criticized her conduct as “extremely careless.” She also was unhappy that the issue was resurrected toward the end of the campaign when Anthony Weiner’s laptop emails were discovered. Yet, Hillary Clinton has no one to blame but herself for none of this would have been a problem if she had handled her email communications properly.

In What Happened, Clinton does not spare her former U.S. Senate colleague, then Vice President Joe Biden. Clinton was enraged that Biden criticized her lack of appeal to middle class voters. Ironically, if Clinton would have taken Biden’s advice she may have won the Rust Belt states on Election Day and been elected President of the United States.

Not surprisingly, Clinton also blasts former President Obama, her 2008 opponent for the Democratic Party presidential nomination. Their relationship was always uncomfortable and never close and during the campaign she felt that Obama put her in a “straightjacket” when he asked her to help unite the Democratic Party and not criticize her opponent Senator Bernie Sanders (D-VT).

This was a difficult request for Clinton did not care for Sanders either. She claimed that her former rival for the nomination did “lasting damage” to her campaign. She wrote that the Senator’s socialist ideas were “pie-in-the-sky” proposals that were not realistic. She also felt that many of his male supporters were outright sexists. In reality, Clinton was upset that Sanders had the audacity to challenge her. However, without the unfair help of the Democratic National Committee, Clinton may have actually lost the nomination to the Vermont socialist.

For good measure, Hillary also blamed the press, the Russians, and the Democratic National Committee for her loss. She does not spare her opponent, Donald Trump, who she likened to a “creep” because he loomed over her during the second presidential debate.

While this experience may be cathartic for Clinton, it is also an exercise in pure fantasy. The main person responsible for Hillary Clinton’s loss can be found the next time she looks in the mirror.

Hillary Clinton is a robotic, inauthentic, lying politician who was tainted by corruption and did not relate to average Americans on a variety of crucial economic issues. If she did a better job of campaigning and presenting her ideas she may have won. Instead of admitting that truth, she cast blame in many other directions. While it may make her feel better, in actuality, it is just another Hillary Clinton lie.

Interested in more national news? We've got you covered! See More National News
Previous Article Republican Party of Texas Invites Deaf Texans To Get Involved
Next Article VIDEO: Angele Davis Sure Does Like Her Some Donald Trump