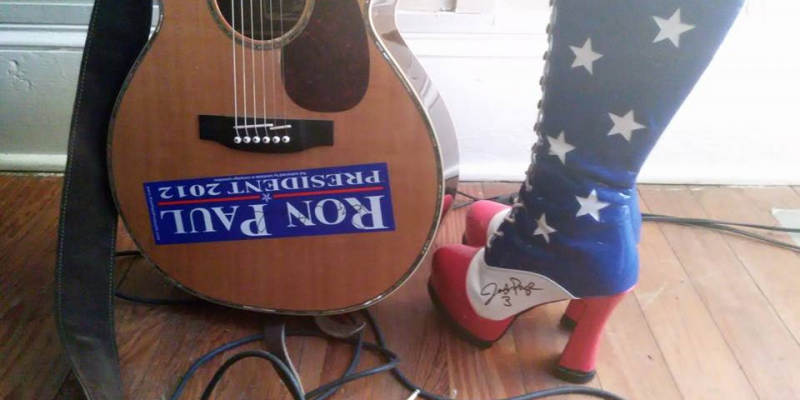 Kyleen Wright, president of Texans for Life, has decided to go on a character assassination crusade to protect State Representative Byron Cook.

Wright decided to take to Twitter and Facebook to defend Cook who is under a temporary injunction from a district judge after he banned citizens from filming a public meeting which led to the arrest of Republican pro-life activist Amy Hedtke.

Stop drinking the koolaid and do your own research. >50k fewer #abortions under #ByronCook #peskyfacts #txlege #prolife #winning https://t.co/KI6QDnbzeR

According to Kyleen Wright, under Cook’s leadership of the State Affairs committee, there are 50,000 fewer abortions in Texas. Which is technically true. What she doesn’t mention is that Cook passes weak pro-life bills so he can get awards and then the bills are amended on the floor to actually accomplish something. That or it takes a special session to get anything done.

During the regular session, Rep. Matt Schaefer attempted to bring an amendment to ban abortion after 20 weeks on children diagnosed with severe medical issues and likely to be stillborn or die shortly after birth. This was a very personal amendment to me as I was one of those diagnosed in the womb that I would die quickly or be mentally and physically disabled my entire life. While some may disagree I’m relatively happy healthy and turned out to be a fairly gifted student. It was people me that Matt Schaefer was fighting for. Byron Cook then moved to table Schaefer’s amendment and even lied about Texas Right to Life’s stance on the amendment from the House floor. The amendment died and Cook destined more people like me to death.

While a few pro-life bills did pass during the special session Cook held on to a bill that would defund abortion clinics for 18 days. He finally sent it to Calendars the last day of the special session so he can claim it was passed out of committee.

But Kyleen Wright loves Byron Cook. And is it any surprise?

If your primary PAC donor was Texas House Leadership you would probably become a hit man for them as well.

Since Kyleen Wright is so upset that Amy Hedtke would dare to question her “champion of life” and actually win an injunction against him she took to character assassination. If the law is not on your side destroy the opponent personally.

She started by attacking Amy’s arrest a while back. Amy had been pulled over for a small traffic violation and pulled in to a gas station so her son could go to the restroom. The police seemed extremely upset at the young man’s bladder and told him not to move and decided to try and separate him from his mother to question him. Since Hedtke knows the law she was not about to let them do that without a guardian. She went into Mama Bear mode and while you may not like how treated the officers attempting to break the law if you’re a parent I’m sure you understand.

On Facebook, she decided to bring Hedtke’s kids into it and talk about her not having custody of them. While that is true Hedtke that she does not have custody is constantly involved in her kids’ life and two were even with her at her hearing against Cook. Amy is a character and non-conformist, but she is also a passionate and loving mother. I can think of little more disgusting action than to bring someone’s children into it. I guess she’s taking account of how the Left is using Barron Trump.

While bringing someone’s kids into an argument is despicable, probably the most absurd attack was when Kyleen Wright claiming Hedtke was not involved in the pro-life movement until this year. Any casual acquaintance with Hedtke and you would know how passionate she is about the rights of the pre-born.

I know this is hard 4 u but #ByronCook sets rules 4 hearings. DPS takes from there. Funny she never cared about #prolife b4… #txlege https://t.co/o84WQbvl1X

This one is cringe-worthy because there is just so much evidence to the contrary.

You will often see Hedtke testifying “on” pro-life bills rather than “for” the bills. That is because while she supports the measure it is her belief it is past time that the Texas legislature tells the federal to stay out of Texas’ business when it comes to protecting the defenseless. She believes the state should be intervening and standing in the gap and saving the lives of its citizens rather than using the partial measures we currently do. I agree with Hedtke, but also see that as long as someone like Byron Cook is in charge where we can barely get partial measures through that is highly unlikely. So personally, I support both the abolitionist bills and the partial bills. Though Hedtke’s passion and involvement is great to see. Sometimes she will be the only other pro-life activist in the room with myself and people from Texas Right to Life (Texas Alliance for Life may also be there, but may be testifying against pro-life bills).

Here is a video from 2013 of Hedtke testifying on pro-life legislation:

“Pro-choice is about protecting the choice to kill.”

And here she is as reported in Raw Story early this session before the illegal removal from Byron Cook’s State Affairs committee sharing the same message four years later:

“We are here to bury babies, not save them,” she complained. “You were directed by 6,000 delegates at the Republican Party of Texas State Convention to abolish abortion this session. So far, only the House has filed a bill to defend life.”

“Quite frankly, I would rather offend the Senate than God,” Hedtke continued. “Right now, House Bill 948 is the only one defending life in the entire Texas Legislature. Not a single Senator has filed a companion bill to abolish abortion. That is offensive.”

“If any of y’all want to reach down deep into your souls and pull out the testicular fortitude to excuse yourself to immediately go file a Senate companion bill to HB 948 — that’s 9-4-8 — I would be absolutely relieved to find out that we still have someone with serious heart in the Senate. But I’m not going to hold my breath.”

To say Hedtke has not long been concerned about the right to life for all is a ludicrous slander.

Hedtke is far from an ideal model to prop up for activism if you want the pretty polite form that seeks approval. She calls herself an anarchist, has a mouth like a sailor, and red white & blue boots that consistently turn heads. If Kyleen wants to go after her character to protect Byron Cook I am sure many will agree with her. But none of that matters. What does matter is whether Byron Cook broke the Open Meetings Act by banning citizens recording an open meeting. Did Amy Hedtke deserve to be arrested, tied to a chair and strip searched for filming a public meeting? That is the question Kyleen Wright is distracting people from with her character assassination attempts.

A court already issued a temporary injunction barring him from removing Hedtke again and a lawsuit will go forward to determine more on the law. The court hearing for the lawsuit against Cook will be on October 16th.