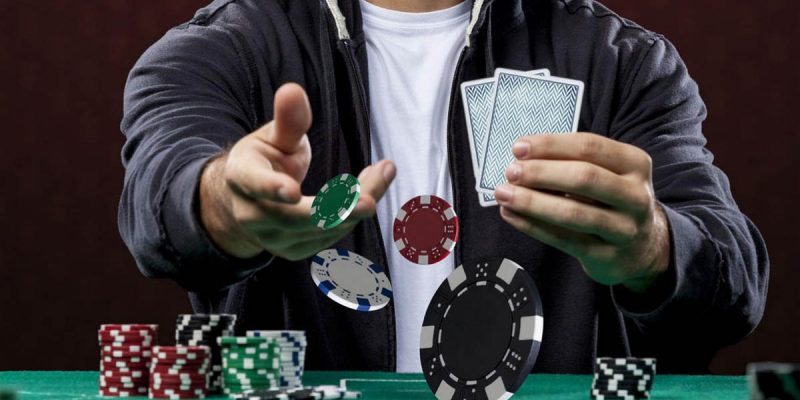 State representative Dee Richard, who has long been known as one of the more unpredictable gadflies in the legislature and who would annually carry bills purporting to save Louisiana money by cutting state contracts and other actions decried by others as gimmicks, revealed all isn’t well with his personal life today.

Richard, an independent from Thibodaux, apparently misused campaign funds to support a gambling addiction. He admitted as much today in an interview with Jeremy Alford.

Citing an adverse medical reaction related to his battle with Parkinson’s, state Rep. Dee Richard of Thibodaux said he struggled with a gambling addiction from 2012 to 2015 and that he used campaign money for those purposes.

The Louisiana Board of Ethics is expected to make its ruling public Friday. But Richard told LaPolitics in an interview this morning that he has a consent opinion that calls for him to repay $37,000 to his campaign finance account.

He also said he will remain in office.

“My intentions are to serve out the remainder of this term,” said Richard, who is term-limited. “I know people will call for my head and that’s to be expected.”

Richard said his gambling addiction came as a side effect of Pramipexole, a drug he began taking in late 2011 to treat Parkinson’s Disease. He also said he missed a sign-up deadline to join a class action suit against the drug’s manufacturer – there were some 250 patients who settled cases with the manufacturer after reporting gambling addictions as a result of taking the drug.

It’s apparently not just a cooked-up phenomenon by trial lawyers and there is apparently something to the science of it. Pramipexole is a dopamine agonist, and there are studies indicating that such drugs can increase the risk of compulsive behaviors like gambling.

Not that Richard ought to be off the hook. A gambling addiction is one thing – fleecing campaign donors to feed the one-armed bandits is another thing entirely. We’re to believe he was in control enough of his faculties to debate and vote on the state’s laws – he should have been in enough control to know he couldn’t tap into his campaign funds. The fact that he let himself go so far down the tubes probably deserves a resignation, if for nothing other than as a show of good faith and political hygeine to the effect that if you can’t handle your own personal business you can’t claim to be fit to handle that of the people.

On the other hand, there are a decent number of legislators out there who routinely tap into campaign funds for things that can’t be explained by gambling addictions and other disorders, so perhaps Richard’s ethical deficiencies aren’t the worst of the batch.

In any event, here’s his statement… 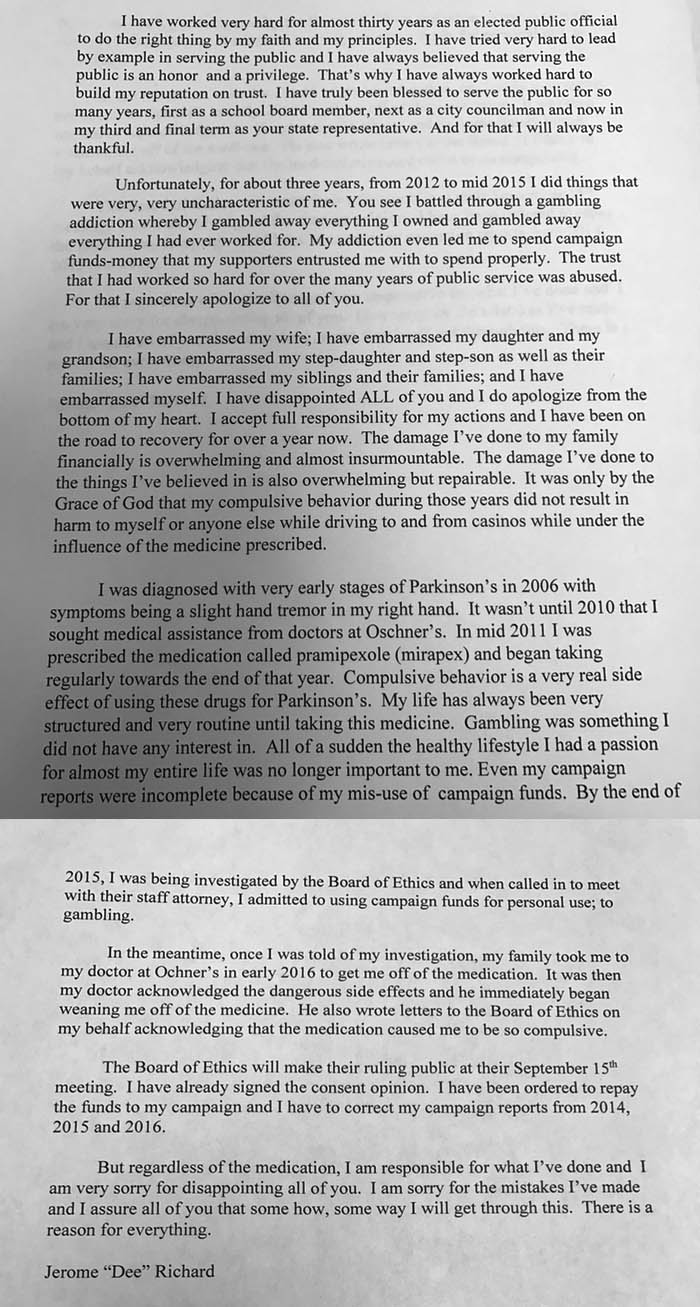 Interested in more news from Louisiana? We've got you covered! See More Louisiana News
Previous Article Ask The Left What They’re Willing To Trade For The Preservation Of DACA
Next Article Cox Just Pulled WDSU-TV Off Its Cable Package, And Skrmetta Just Went Ballistic Over It